Raza put together 86 runs with Peter Moor (40) for the sixth wicket to turn the tables on Sri Lanka. 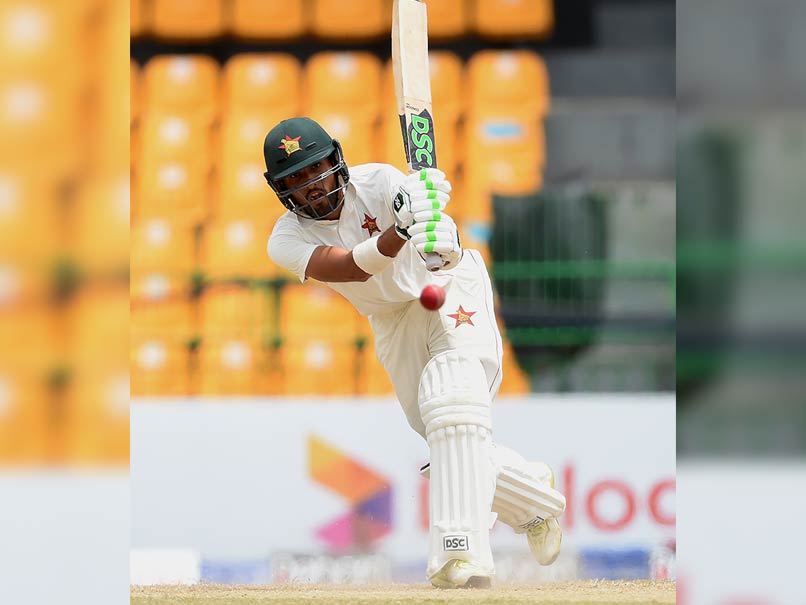 Sikandar Raza hit a gritty 97 not out to help Zimbabwe recover from a top-order collapse and stretch their second innings lead over Sri Lanka to 262 in the one-off Test on Sunday. The visitors were 252 for six at stumps on day three, with Raza and Malcolm Waller (57) putting on an unbeaten 107-run stand for the seventh-wicket at Colombo's R Premadasa Stadium.

Herath, who got three wickets before the lunch break, bowled Sean Williams for 22 in the second session as Zimbabwe teetered dangerously close to losing their 10-run advantage.

It was then that Raza put together 86 runs with Peter Moor (40) for the sixth wicket to turn the tables on Sri Lanka. Moor fell to paceman Lahiru Kumara.

Raza, who registered his fifth Test fifty, used the sweep shot to great effect against the spinners as he found another partner in Waller to thwart the Sri Lankan bowling attack.

But it was Herath's left-arm spin that undid the fine work from leg-spinner Cremer (5-125).

Herath, who registered his 30th Test five-wicket haul in the first innings, ran riot at the start of Zimabwe's second essay to get the wickets of Hamilton Masakadza, Tarisai Musakanda and Regis Chakabva.

Off-spinner Dilruwan Perera joined forces to get the prized wicket of first-innings centurion Craig Ervine for five at the stroke of lunch.

While Sri Lanka look for redemption under new Test captain Dinesh Chandimal after their shock loss in the one-day series against Zimbabwe, the visitors eye their first-ever Test win over the islanders.

(This story has not been edited by NDTV staff and is auto-generated from a syndicated feed.)
Comments
Topics mentioned in this article
Sri Lanka Cricket Team Zimbabwe Cricket Team Cricket
Get the latest updates on ICC T20 Worldcup 2022, check out the Schedule and Live Score. Like us on Facebook or follow us on Twitter for more sports updates. You can also download the NDTV Cricket app for Android or iOS.