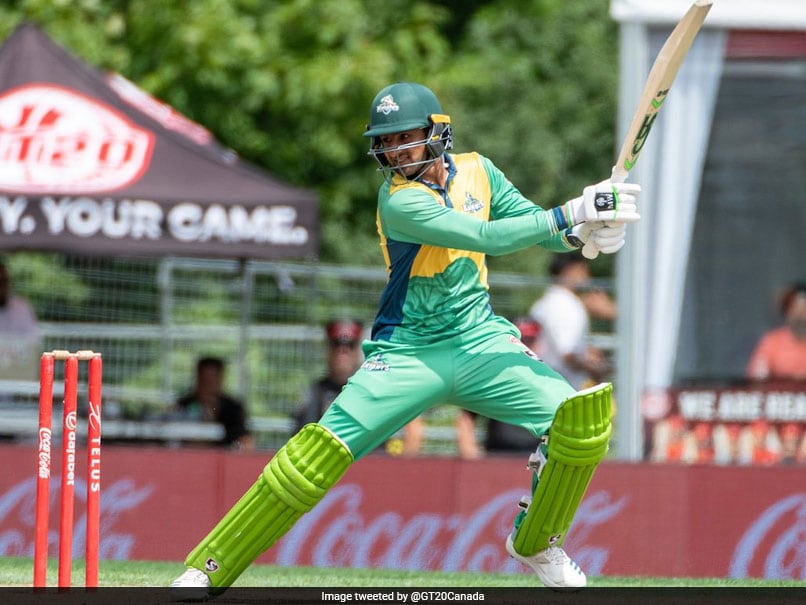 Pakistan batsman Shoaib Malik destroyed glass windows by hitting two sixes during a Global T20 Canada match at CAA Centre in Brampton on Thursday. Vancouver Knights were playing Brampton Wolves in Qualifier 1 of Global T20 Canada. After being put to bat, skipper Shoaib Malik along with West Indies batsman Andre Russell were hitting the Vancouver Knights bowlers all around the park. New Zealand spinner Ish Sodhiwas bowling the 13th over of the 16-over game and it was the second delivery of Sodhi's over that Malik clobbered for a 68-metre six over cover.

The ball landed straight on a glass window, leaving it damaged. Malik did not stop here as his second glass-breaking six came off in compatriot Wahab Riaz's over.

It was the last second delivery of the match and Malik smashed it to backward point for a six. The result of the 67-metre six was the same as it also destroyed a glass at CAA Centre.

The result went in favour of Malik's side as they thumped Brampton Wolves by 77 runs via the DLS method. Malik played an unbeaten 26-ball 46-run knock, laced with four boundaries and three sixes.