"Have More Money Than Hair On His Head": Shoaib Akhtar Takes Nasty Dig At Virender Sehwag 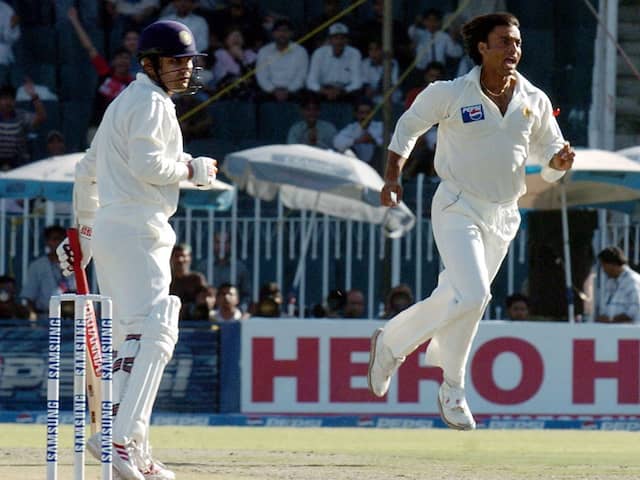 Shoaib Akhtar, dredging up a three-year-old video of Virender Sehwag, took a distasteful dig at the former India opener in his latest YouTube video. "There's a video that has gone viral, it's an old video of my friend Sehwag. Sehwag, you know, is a casual guy and speaks in a non-serious manner. But he had said that Shoaib Akhtar wants money so he praises India," the former Pakistan pacer said in the video. Responding to Sehwag's allegation, he said one's wealth depends on Allah and not India. Shoaib Akhtar then went into the unsavoury dig, that he immediately clarified as a joke. "Jitna uske sar pe baal nahi hai, utna mere paas maal hoga (More than the hair he has on his head, I probably have money)," Akhtar said.

In a chat show episode released in 2016, Virender Sehwag had said, "Shoaib Akhtar's become a good friend of ours as he needs business in India so he has to praise us. If you look at any Shoaib Akhtar interview, you'll notice he's saying so many things in praise of India which he would not have said in his playing days," while speaking with comedian Vikram Sathaye in 2016.

Akhtar, who has often spoken about his admiration for India captain Virat Kohli, recently too was full of praise for India after their 2-1 victory against Australia in the three-match ODI series.

Virender Sehwag Shoaib Akhtar Cricket
Get the latest Cricket news, check out the India cricket schedule, Cricket live score . Like us on Facebook or follow us on Twitter for more sports updates. You can also download the NDTV Cricket app for Android or iOS.