Karachi Kings coach Dean Jones clarified that Tariq Wasi is the CEO and he was only doing his job. 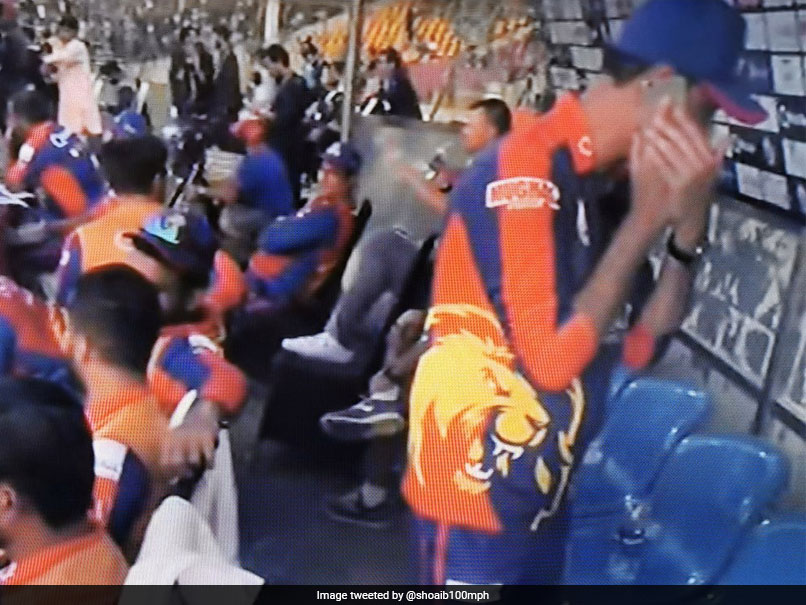 Pakistan speedster Shoaib Akhtar was one of the many to point out the misconduct.© Twitter@shoaib100mph

It might be an ICC-approved T20 league, but the international body is clear that it doesn't wish to interfere in the day-to-day functioning of the Pakistan Super League (PSL). A Karachi Kings official was spotted using a mobile phone in the dugout during their match against Peshawar Zalmi on Friday night and the ICC has said that it is for the Pakistan Cricket Board to look into the matter. Speaking to IANS, an ICC official said that with PSL being a domestic tournament, it was upto the Pakistan board to look into the 'mobile phone' fiasco. "It's a domestic match and as such an issue for the PCB," the official said.

Pakistan speedster Shoaib Akhtar was one of the many to point out the misconduct. "This is so wrong using mobile phone in dug out," the tweet read along with the snapshot of the official using the mobile phone in the dugout at the National Stadium in Karachi.

This is so wrong using mobile phone in dug out.... pic.twitter.com/hU3GLlTjXI

Karachi Kings coach Dean Jones though clarified that Tariq Wasi was the CEO and he was only doing his job. "Like in ALL T20 cricket. The manager/CEO is the only one allowed to have a phone. In this case Tariq... our CEO is doing work. Here he is organising us practice times for today. Thanks for your concern," he tweeted.

While Jones called Wasi the CEO, Kings' media manager Faisal Mirza had said that Wasi was the manager of the team. Interestingly, reports in Pakistan media outlets said that Navaid Rasheed was named the side's manager in the team sheet that is filled before the toss and handed to the opposition team and match officials.

A response from the Pakistan board on the fiasco could not be obtained as PCB chief Ehsan Mani didn't reply to messages sent.

As per ICC rules, mobile phones are banned from dressing rooms and players along with members of team management are allowed to use only walkie-talkies and the mobiles are expected to be handed over the anti-corruption official accompanying the team before the start of the game.

However, sub-article 4.2 of the ICC clarifies that "each team manager shall be permitted to carry a Mobile Device within the PMOA, provided that it can only be used either: (a) by him/her for cricket operations purposes; and/or (b) by any Player or Player Support Personnel for any important personal matter".

Pakistan Cricket Team Shoaib Akhtar Cricket
Get the latest updates on Olympics 2020, Olympics 2020 Medal Tally, Live Cricket Score . Like us on Facebook or follow us on Twitter for more sports updates. You can also download the NDTV Cricket app for Android or iOS.