Shashank Manohar Steps Down As ICC Chairman, Imran Khwaja To Assume Responsibilities Until A Successor Is Elected

Shashank Manohar stepped down as the International Cricket Council (ICC) chairman on Wednesday. 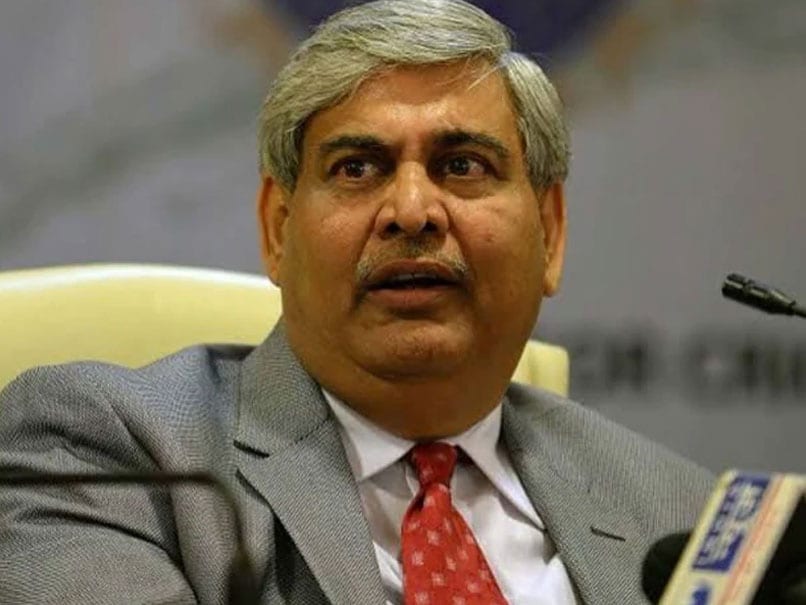 Shashank Manohar on Wednesday stepped down as the International Cricket Council's first independent chairman, ending a stint which coincided with the BCCI losing its influence in the world body. Manohar took charge as ICC Chairman in November 2015. His deputy Imran Khwaja, from Hong Kong, will be the interim chairman. "ICC Chairman Shashank Manohar has stepped down after two, two-year tenures at its helm. The ICC Board met today and agreed that Deputy Chairman Imran Khwaja will assume the responsibilities of the Chairperson until a successor is elected," ICC stated in a release.

The process for the election of the next chairperson is expected to be approved by the ICC Board within the next week.

Former ECB chairman Colin Graves and India's Sourav Ganguly are the main contenders even though the former India skipper's candidature depends on the whether Supreme Court would allow him to continue as BCCI President by relaxing the cooling off norms mandated by the Lodha administrative reforms.

As per the current constitution, Ganguly's six years as office-bearer in state and BCCI end on July 31 and he is qualified to take over the ICC chairmanship.

Manohar, as per ICC rules, could have stayed for another two-year term as a maximum of three terms are allowed for an independent chairman.

The 62-year-old lawyer had previously been the BCCI President twice --- first stint was from 2008 to 2011 and second time from October, 2015 to May, 2016, a part of which coincided with the ICC chairmanship.

ICC Chief Executive Manu Sawhney thanked Manohar "for his leadership and everything he has done for the sport as ICC Chairman."

Manohar's exit from the scene couldn't have come at a better time for the BCCI, which is desperate to hold the IPL in the October-November window instead of the ICC T20 World Cup which is scheduled to be held in Australia.

While none of the top BCCI bigwigs were ready to comment but Manohar's strained relations with successive Board regimes from his bete noire N Srinivasan's time meant that none of them were unhappy with his departure.

Those in the know of things believe that BCCI can have a better working relationship with the new chairman and if it is Ganguly, it will be nothing short of icing on the cake.

The issues with regards to tax rebate for two ICC tournaments (T20 World cup 2021 and ODI World Cup 2023) is one thing that will be foremost on their agenda.

The BCCI will also like to have a re-look at the revenue sharing model after the ICC, under Manohar's leadership, scrapped the 'BIG Three' model.

The Big Three Model had Australia, England and India sharing a bulk of the ICC revenue but India, during a 2017 Board meeting, got outvoted on it.

Despite India being the biggest market for ICC's advertisement revenue, there is currently no BCCI representation in the global body's Finance and Commercial Affairs Committee (F&CA).

Comments
Topics mentioned in this article
International Cricket Council Cricket
Get the latest updates on Fifa Worldcup 2022 and check out  Fifa World Cup Schedule, Stats and Live Cricket Score. Like us on Facebook or follow us on Twitter for more sports updates. You can also download the NDTV Cricket app for Android or iOS.