India and Chennai Super Kings all-rounder Shardul Thakur got engaged to long-time girlfriend Mittali Parulkar in a private ceremony in Mumbai on Monday. 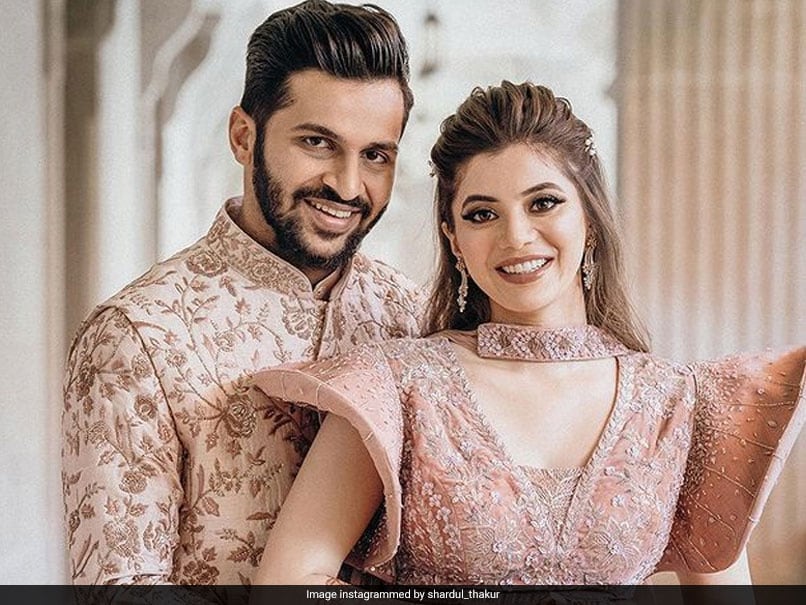 India and Chennai Super Kings all-rounder Shardul Thakur got engaged to long-time girlfriend Mittali Parulkar in a private ceremony in Mumbai on Monday. Sharing pictures of the event, Shardul wrote on his Instagram account, "The beginning of forever". Rohit Sharma, captain of Mumbai Indians and the India T20I cricket team, was also seen in attendance at the engagement ceremony. The ceremony was held at a facility run by the Mumbai Cricket Association (MCA). The 30-year-old all-rounder represents Mumbai in the domestic circuit.

Shikhar Dhawan, Suresh Raina, Vijay Shankar and Sam Curran were among other cricketers who commented on Shardul's post.

Wasim Jaffer, former India and Mumbai batter, used a joke to congratulate Shardul. "Only Lord Shardul can bowl a maiden over even when he's not playing," wrote Jaffer.

"Congratulations on your engagement @imShard," he added.

Shardul, who is a bowling all-rounder, has played four Test matches for India, in addition to 15 ODIs and 22 T20I matches.

He made his Test debut in 2018 and, most recently, was part of the India side that led the five-match Test series 2-1 in England before the fifth Test was called off due to a Covid outbreak in the visiting camp.

He was also part of India's disappointing T20 World Cup campaign, where he played two games.

Chennai Super Kings Shardul Thakur Cricket
Get the latest updates on ICC T20 Worldcup 2022 and CWG 2022 check out the Schedule, Live Score and Medals Tally. Like us on Facebook or follow us on Twitter for more sports updates. You can also download the NDTV Cricket app for Android or iOS.