Shane Watson called time on his Test career after playing 59 matches during which he scored 3731 runs and picked 75 wickets. 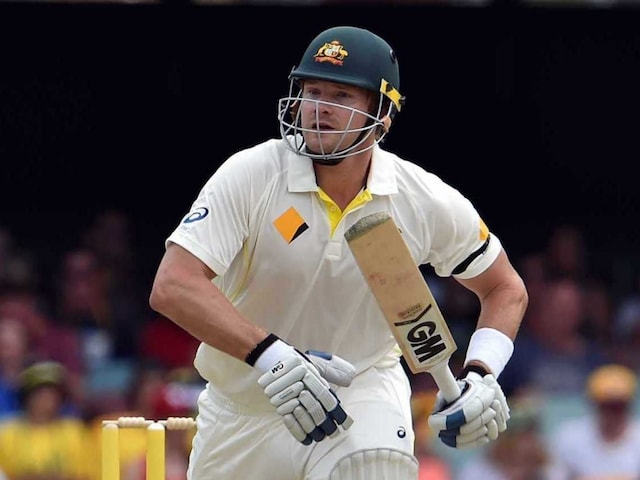 File Photo: Shane Watson in action against India in the 2nd Test at the Gabba, Brisbane.© AFP

The last of the 34-year-old's 10-year Test career came in the Ashes opener at Cardiff which England won by 169 runs.

Watson made 30 and 19 with the bat, and failed to take a wicket, causing him to lose his place for the rest of the series.

"It's been a decision that hasn't come lightly, over the last month especially," he said.

"I know it's the right time to move on and still hopefully play the shorter formats of the game, one-dayers and T20s.

"I've been through a lot of different waves of emotion about what is right for myself, my family and most importantly the team as well.

"Over the last couple of days there was a lot of clarity (for me) of what the right decision was. I just know that I've given everything I possibly can to get the best out of myself."

Watson, who captained his country in one test and nine one day internationals, steps down after being ruled out of the rest of the one-day international series by a calf injury sustained in the tourists' victory at Lord's on Saturday.

An Ashes winner in 2013/14 and this year's World Cup -- who had his run ins with the cricket authorities being one of four players to be dropped from the squad during the 2013 tour of India for not doing their homework -- he informed his teammates of his decision on Sunday morning.

It follows Australia Test captain Michael Clarke's move to retire from all forms of cricket in the wake of the Ashes series defeat in England.

Comments
Topics mentioned in this article
Australia Cricket Team Shane Watson Cricket
Get the latest Cricket news, check out the India cricket schedule, Cricket live score . Like us on Facebook or follow us on Twitter for more sports updates. You can also download the NDTV Cricket app for Android or iOS.