Former Australia skipper Michael Clarke has condoled the demise of Shane Warne, saying the legendary spinner lived his life at a fast pace and created an invincible feeling around him. 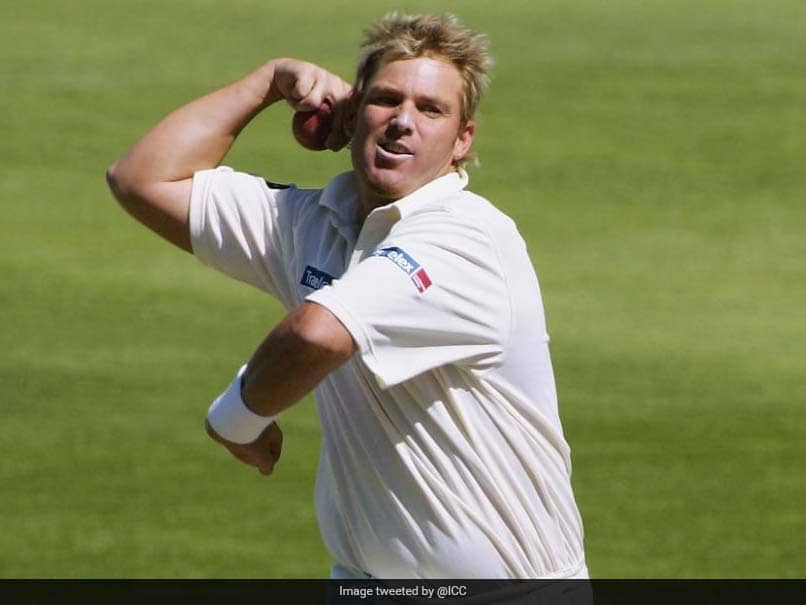 Shane Warne had passed away due to a suspected heart attack recently.© Twitter

Former Australia skipper Michael Clarke has condoled the demise of Shane Warne, saying the legendary spinner lived his life at a fast pace and created an invincible feeling around him. Warne had passed away on Friday aged 52 due to a suspected heart attack. "He lived his life at such a fast pace that he nearly created this invincible feeling around him. He was always on the go. You'd be 'mate, you can't do that' or 'you need to sleep' or 'how do you do that'. Everything was 24/7, like so fast - he started the car in fifth gear. Always tempting fate the whole time, you never thought it was possible, no way can you cut him down. I don't think there's too many things Shane didn't experience. He got every minute out of every day. Sleeping was not his strength," Clarke told Sky Sports Radio, as reported by Sydney Morning Herald.

"Most importantly he was respected for how good he was as a cricketer. He always said the Mike Gatting ball changed his life forever. But you put on the biggest series, a World Cup or an Ashes, and he was so much better than anyone else. That was the drug for him; the bigger the stage, the better I perform. Extremely devastated and shocked, that's the one thing for me still this morning. I haven't said much over the weekend because I've been in complete shock. The hardest thing to comprehend is how quickly it's happened," he added.

Warne was one of the most influential cricketers in history. He almost single-handedly reinvented the art of leg-spin when he burst onto the international scene in the early 1990s, and by the time he retired from international cricket in 2007, he had become the first bowler to reach 700 Test wickets.

A central figure in Australia's ICC Cricket World Cup triumph in 1999, when he was player of the match in both the semi-final and the final, Wisden Cricketers' Almanack recognised Shane's achievements by naming him as one of its Five Cricketers of the Twentieth Century.

"If 'Warnie' had had liver cancer and passed from that, I think everyone would've understood, the amount of cigarettes he smoked throughout his time. The way he's treated his body at certain times with diet and didn't mind a drink - he wasn't a massive drinker, the drinking around Warnie was more perception versus reality. I spoke to him two days ago before he got on the plane. Spoke to him when he was here [in Sydney] for the T20s against Sri Lanka and nothing had changed," said Clarke.

"His knowledge around the game separated him from everyone else I played with. Yes his craft, the leg-spin bowling, but his brain. He read the game better than anyone else I played with. He could see stuff that was going to happen before it happened. He was a great captain, I played under him for Hampshire, and he was a freak, he just knew. Tactically, no one better. He would plan, he would set the batter up, he would sledge the batter. Warnie knew what he was doing in that over, and the batter had no idea. The batter was concentrating on that ball. Warnie was Glenn McGrath but as a spinner. He could put it on a 20c piece, ball, after ball, after ball. Phenomenal," he added.

Michael Clarke Cricket
Get the latest updates on IPL Auction 2023 and check out  IPL 2023 and Live Cricket Score. Like us on Facebook or follow us on Twitter for more sports updates. You can also download the NDTV Cricket app for Android or iOS.