Shane Warne admitted breaking a 40-miles-per-hour limit in a hired Jaguar in London in 2018, a magistrates' court heard 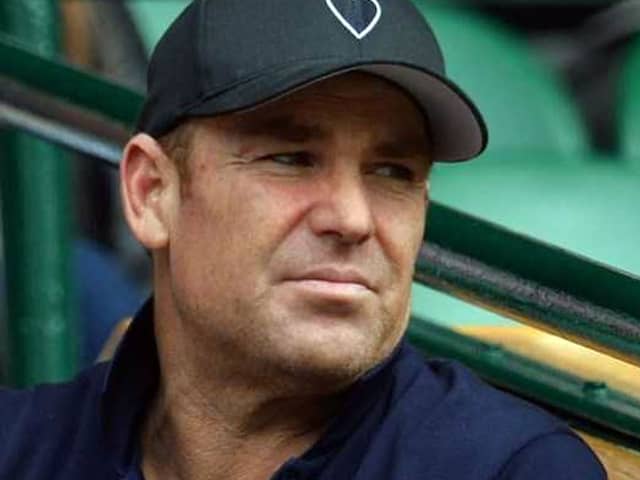 Shane Warne has been ordered to pay a total of 1,845 pounds to the court© AFP

Australia Test great Shane Warne was Monday banned from driving for 12 months after his sixth speeding offence in a two-year period. The former leg-spinner admitted breaking a 40-miles-per-hour (64 kilometres-per-hour) limit in a hired Jaguar in London last year, a magistrates' court heard. The 50-year-old, who was not in court for the hearing, was clocked at 47 mph early on August 23, 2018. Warne, second on the all-time list of Test wicket-takers with 708 scalps, had 15 penalty points on his licence at the time for five previous speeding offences.

"The purpose of disqualification is to punish and to protect the public and to deter," said deputy district judge Adrian Turner.

"There are 15 points to take into account together with the three I must impose today. Between April 2016 and August last year Warne committed six speeding offences.

"It may well be that none on its own were particularly serious but for points disqualification purposes the triviality of the offences is not to be taken into account.

"A period of 12 months is necessary for the purposes I have mentioned."

Comments
Topics mentioned in this article
Shane Warne Cricket
Get the latest Cricket news, check out the India cricket schedule, Cricket live score . Like us on Facebook or follow us on Twitter for more sports updates. You can also download the NDTV Cricket app for Android or iOS.