West Indies batsman Shai Hope and his brother Kyle will be placed in isolation in accordance with Government of Barbados protocols. 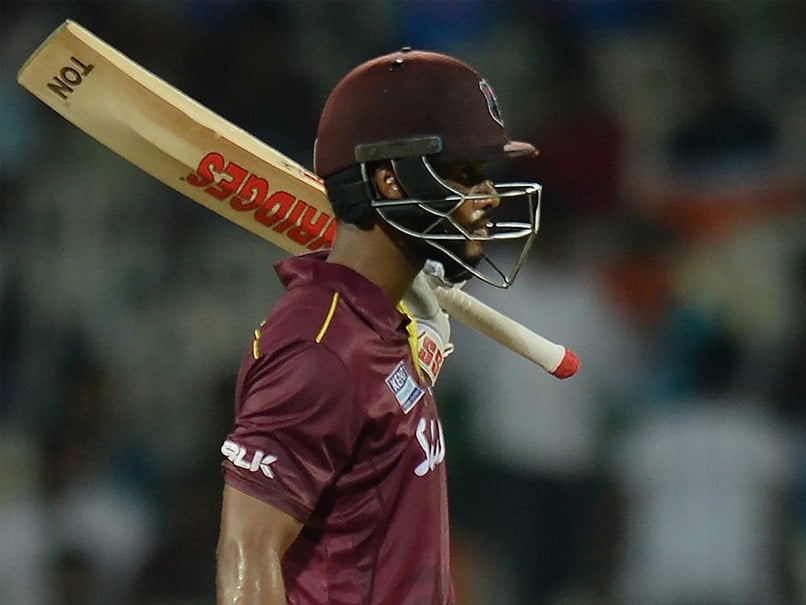 Shai Hope and Kyle are to immediately undergo the required testing and protocols.© AFP

West Indies batsman Shai Hope, and his brother Kyle Hope have been ruled out of the upcoming Super50 Cup, after testing positive for coronavirus. Cricket West Indies (CWI) announced the return of regional 50-over cricket to the Caribbean, with the fixtures for the rescheduled Super50 Cup to be played in Antigua in February. "The results were released following the first completed tests of the Barbados Pride squad and management on Sunday. Shai and Kyle Hope will be placed in isolation in accordance with Government of Barbados protocols," a statement from Barbados Cricket Association read.

The duo has been replaced in the 15-man squad by wicket-keeper/batsman Tevyn Walcott and top-order batsman Zachary McCaskie. Both are to immediately undergo the required testing and protocols.

This year's annual Super50 Cup will provide a platform for the region's six major cricketing rivals to clash in nineteen 50-over matches starting from February 7, when Leeward Islands Hurricanes host the Windward Islands Volcanoes. The Barbados squad is scheduled to leave for Antigua on Sunday.

Each team will play each other on a round-robin basis with the top four teams qualifying for the semi-finals, and the opportunity to reach the final. The tournament finals will be played on February 27.

Ashley Nurse Cricket
Get the latest updates on IPL Auction 2023 and check out  IPL 2023 and Live Cricket Score. Like us on Facebook or follow us on Twitter for more sports updates. You can also download the NDTV Cricket app for Android or iOS.