Shahid Afridi posted pictures on Twitter of him feeding a deer and his daughter posing in front of a chained lion. 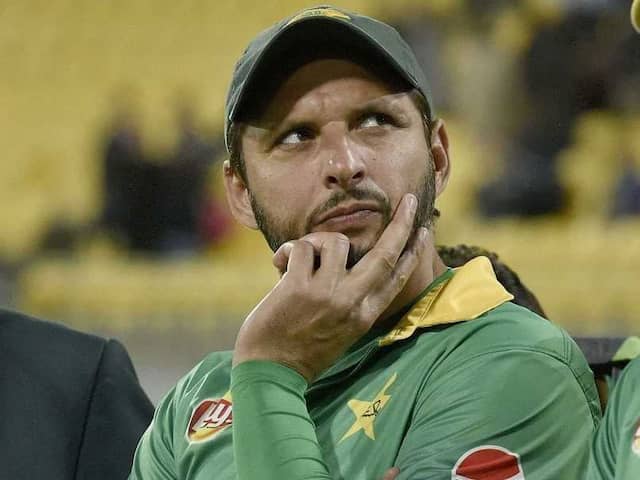 Former Pakistan star all-rounder Shahid Afridi faced criticism on Monday for keeping a chained lion at his Karachi residence. Afridi posted a couple of photos on his Twitter handle where he is seen feeding a deer, while his daughter was striking his arms-raised style to celebrate a wicket. However, what caught fans' eyes was the chained lion sitting in the background of his daughter's picture.

Seeing the lion chained didn’t amuse the fans and they started slamming Afridi.

Where is this? Come how there are wild animals in unnatural environment? Isnit legal?

Chaining up a lion is not showing love to animals. Please release him to the Wild. Lions are born to roam freely in the jungle & not be held captive for your amusement. #animalrights

I’m absolutely appalled with what #ShahidAfridi is doing. You can’t keep a #lion out of its natural habitat all chained up & then claim that u r loving animals. The lion looks weak & so done with life. I feel so bad for it. #PETA #AnimalRights #cricket #Pakistan pic.twitter.com/IiphTknlhX

Nicknamed 'Boom Boom', Afridi had been a fan favourite since he burst onto the scene in 1996, striking a 37-ball one-day century against Sri Lanka in only his second match to set a world record that was unbeaten for 18 years.

The star all-rounder announced his retirement from international cricket in February 2017.

Afridi finished his international career having played just 27 Test matches, scoring 1,176 runs with a highest score of 156. He has 48 Test wickets to his name.