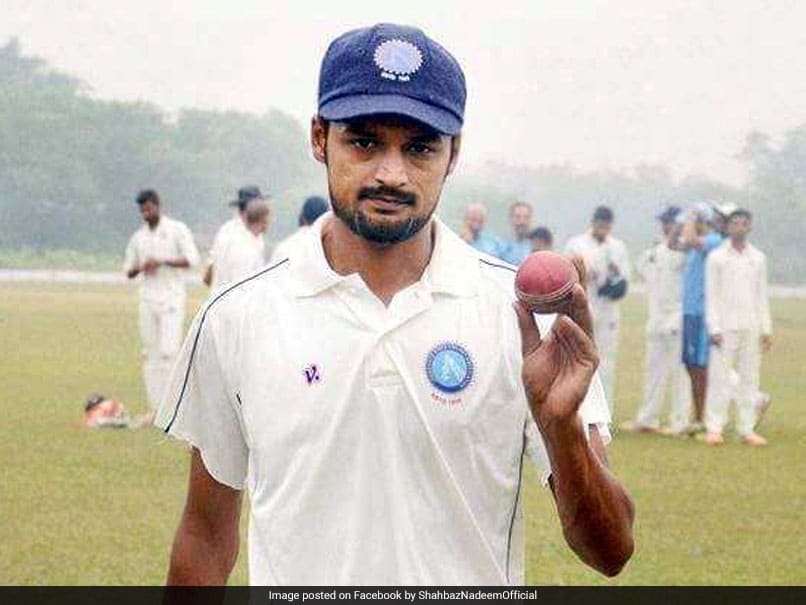 Jharkhand spinner Shahbaz Nadeem on Thursday entered the record books after breaking a two-decade-old world record for best bowling figures in List A cricket, with an astonishing haul of 8/10 against Rajasthan in the Vijay Hazare Trophy. Left-armer Nadeem, who has been knocking on the doors of the Indian team for a while now, ran through the Rajasthan batting to end a sensational spell. Rajasthan were all out for 73 runs in 28.3 overs with Nadeem's final figures reading 10-4-10-8. Jharkhand eventually won the game by seven wickets.

The previous best bowling effort was also in the name of an Indian in Delhi left-arm spinner Rahul Sanghvi, who achieved figures of 8/15 against Himachal Pradesh in a match in the 1997-98 season. Sanghvi appeared in just one Test for India, back in 2001 against Australia.

"I didn't know until some people told me that I had broken the world record. It feels really good to play for the state (team) and do well and help it win matches," Nadeem said.

"I was happy with my performance and the hat-trick made it more special. It is nice to do that," he said. Nadeem said he was happy with the way he was bowling and felt that the stint as a net bowler to the Indian batsmen at the ongoing Asia Cup in Dubai was helpful.

"Bowling to the batsmen in the national team helps a lot. I was able to work on my bowling. You can know where you stand when you bowl to top-quality batsmen. I am happy I got the opportunity," Nadeem added.

The 29-year-old has played 99 first-class matches, taking 375 wickets at 29.74. He has taken 124 wickets at the List A level in 87 games besides 89 scalps in 109 T20s. He has been a consistent performer for Jharkhand in all formats including the four-day Ranji Trophy.

He was recently part of the India A team which played in England and also the home series against Australia A.