As Sachin Tendulkar wished Ravi Shastri on his 60th birthday, the former Team India head coach came up with a hilarious response. 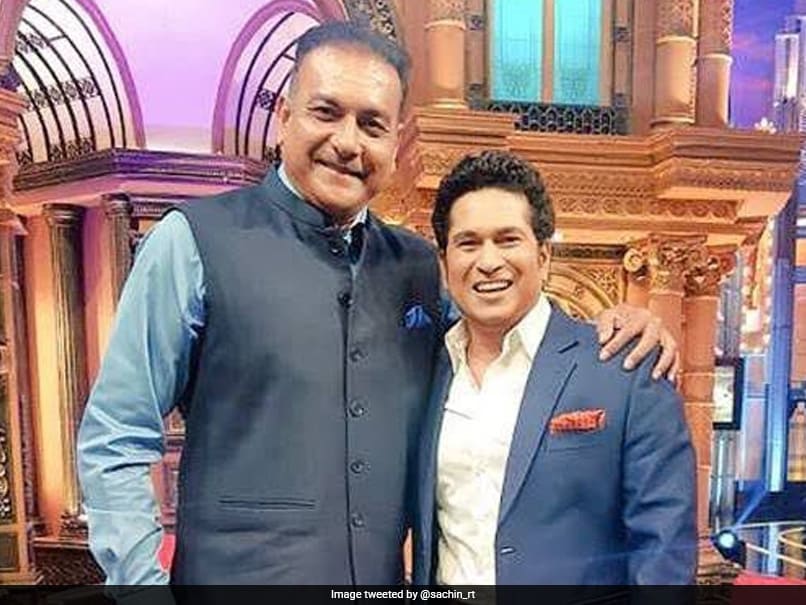 As Ravi Shastri turned 60 on Friday, the birthday wishes poured in for former team India head coach. Among those who wished him was legendary batter and Shastri's teammate from his playing days, Sachin Tendulkar. While Tendulkar's birthday wish was a heartfelt one, it was also rather witty and Shastri's response was just as sharp. "Happy birthday to a teammate and a friend who lives & breathes cricket and was always there to discuss cricket with me!" Tendulkar wrote, before adding "Hope you're celebrating the day just like the doctor ordered, Ravi!" with a wink emoji.

"The doctor has prescribed more time with friends. See you soon," he signed off.

The doctor has prescribed more time with friends. See you soon https://t.co/gNxzqJqppK

Shastri, known for always being a team man, was a part of the 1983 World Cup winning team and was also the Player Of the Series in the 1985 World Championship which the Sunil Gavaskar-led India won.

The right-handed batter played 80 Tests and 150 ODIs for India, registering more than 6,500 runs across both formats. He also went on to take 280 wickets in his international career.

After his retirement, Shastri became renowned for his commentary and he then went on to coach the senior national side.

Sachin Tendulkar Cricket Social
Get the latest updates on ICC T20 Worldcup 2022, check out the Schedule and Live Score. Like us on Facebook or follow us on Twitter for more sports updates. You can also download the NDTV Cricket app for Android or iOS.