Unlike his father, Arjun is a fast bowler and lower-order left-handed batsman. He hogged the limelight with his all-around performance in the Spirit of Cricket Global Challenge, organised by the Sydney Cricket Ground. 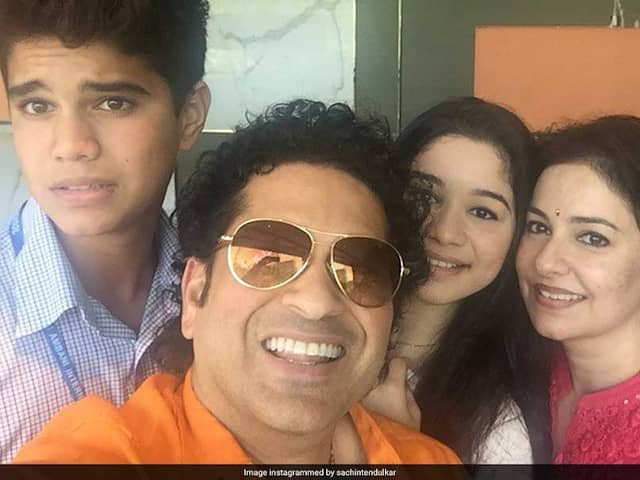 Arjun Tendulkar is an ardent fan of Mitchell Starc and Ben Stokes.© Instagram

Arjun Tendulkar, the son of legendary Indian cricketer Sachin Tendulkar, has been picked in the India Under-19 squad for two four-day matches in Sri Lanka in July. Esctatic by his 18-year-old's selection, the proud father said that he will always stand by Arjun's choices and will pray for his success. "We are happy on Arjun being selected in India U-19 team. It is an important milestone in his cricketing life. Anjali (Tendulkar) and I will always support Arjun in his choices and pray for his success," Tendulkar told news agency ANI.

BREAKING: Arjun Tendulkar, son of @sachin_rt, has been called up to Rahul Dravid's India U19 squad for their upcoming four-day games in Sri Lanka. pic.twitter.com/2zcxTnah3D

Unlike his father, Arjun is a fast bowler and lower-order left-handed batsman. He hogged the limelight with his all-around performance in the Spirit of Cricket Global Challenge, organised by the Sydney Cricket Ground.

Arjun, the son of the greatest batsman the game has ever seen, is an ardent fan of Mitchell Starc and Ben Stokes.

Arjun had been picked in the Mumbai Under-19 one-day side for the JY Lele invitational tournament in September last year. He also bowled in the nets in the lead-up to the Lord's Test between England and South Africa in 2017, sending Jonny Bairstow off with an injury scare when he struck him on the toe with a yorker. Arjun also bowled in the India nets during the home series against New Zealand last year.

With his tally of 18 wickets from five Cooch Behar Trophy (National U-19) games, Tendulkar Junior is 43rd in the list of wicket-takers for the season. He had one five-wicket haul (5/95) against MP.

Arjun has only been named in the four-day squad, which will be led by Delhi's Anuj Rawat.

Aryan Juyal will lead the one-day squad in the five-match series. With the Indian 'A' team scheduled to tour England during the same period, WV Raman will take over the coaching duties from Under-19 World Cup winning coach Rahul Dravid.

Sachin Tendulkar Arjun Tendulkar Cricket
Get the latest updates on IPL 2020, check out the IPL Schedule for 2020 and Indian Premier League (IPL) Cricket live score . Like us on Facebook or follow us on Twitter for more sports updates. You can also download the NDTV Cricket app for Android or iOS.