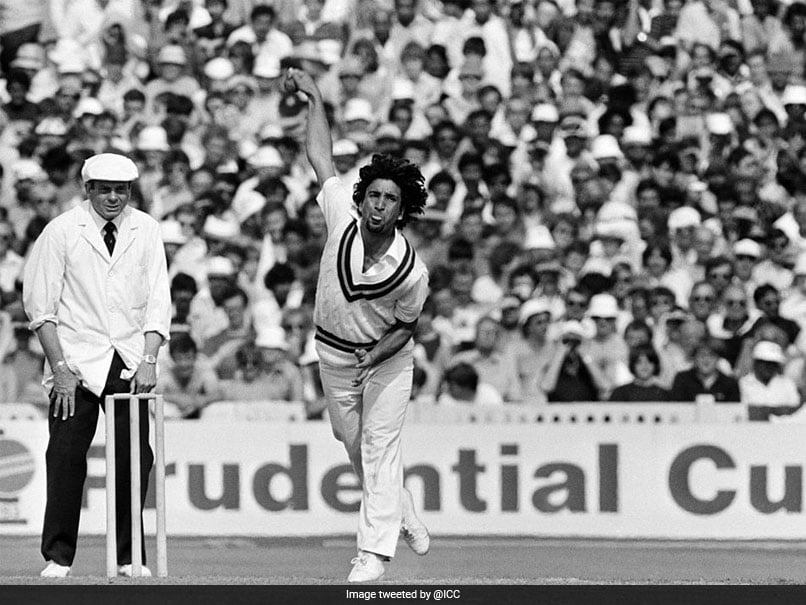 Abdul Qadir was 63 years old and is survived by his wife, four sons and a daughter.© ICC/Twitter

India cricket legend Sachin Tendulkar and former Pakistan captain Imran Khan paid tribute to spin legend Abdul Qadir, who died in Lahore after suffering a cardiac arrest. Abdul Qadir, who would have turned 64 on September 15, died before he could be brought to a hospital. "I have lost a good friend and a wonderful cricketer who served the country so well," Imran Khan said in his condolence message. The cricketer-turned-politician said Qadir's death was a shock to him. India's batting legend Sachin Tendulkar offered his condolences to Qadir's family and called the Pakistan great as "one of the best spinners of his times".

Remember playing against Abdul Qadir, one of the best spinners of his times. My heartfelt condolences to his family. RIP. pic.twitter.com/iu03d45sJ0

Shocked to hear that the maestro Abdul Qadir is no more. Such a personality. Had the opportunity of making friends with him when he was playing in Melbourne in the late 90s. Loved the stories he told. One of the greats.

Abdul Qadir set the mould for all leg spinners that came out of Pakistan after him. All had a bit of Qadir in them. Such was his impact. #RIPAbdulQadir

Imran played an instrumental role in turning Qadir into a household name as it was under his captaincy that the leg-spinner flourished to secure many Test and one-day victories for Pakistan, including a 9 for 56 in one Test against the West Indies at Faisalabad in 1986.

"Absolutely shocking news to hear the sad passing of legend Abdul Qadir sahib. May Allah grant him the highest rank in jannah and his family the patience to bear the loss," tweeted Sarfaraz.

Former bowler Shoaib Akhtar tweeted a video message over the demise of Qadir noting that the death of the legendary leg-spinner had come as a big shock to him.

"Just got this sad news. The revival of leg spin in cricket is completely credited to him. He inspired a generation of bowlers to take up leg spin."

Legendary leg spinner Abdul Qadir sb passed away. Just got this sad news. The revival of leg spin in cricket is completely credited to him. He inspired a generation of bowlers to take up leg spin.
Inna lillahi wa inna elaihi rajaoon.#AbdulQadir pic.twitter.com/mhBZy2yVk9

Legendary cricketer Wasim Akram, in his condolence message, said that Qadir was called the magician for many reasons but "when he looked at me in the eyes and told me that I was going to play for Pakistan for the next 20 years, I believed him."

"A magician, absolutely. A leg spinner and a trailblazer of his time. You will be missed Abdul Qadir but never forgotten," he wrote.

They called him the magician for many reasons but when he looked me in the eyes & told me I was going to play for Pakistan for the next 20 years, I believed him.A Magician, absolutely. A leg spinner & a trailblazer of his time. You will be missed Abdul Qadir but never forgotten

Deeply saddened to hear the shocking news of sir Abdul Qadir sahab's passing away, may Allah grant him highest rank in jannat and the family be blessed with sabar. Ameen

We all belong to Allah SWT and to Him we all shall return. Deeply saddened to hear about Sir Abdul Qadir's death. May Allah meet his soul with a smile & keep him in His shade of love & mercy, Ameen.

Really Sad News , Legendary Leg spinner bowler Abdul Qadir sb passed away , He was always been so kind to me & Helpful , May Almighty Allah bless him Jannah Aameen

Just heard the sad news about Abdul Qadir passing away. May he rest in peace. For us leg-spinners he was an icon, all those variations & tricks. The original master of the googly. Thoughts & prayers with him & his family.

“No one can realise what Qadir was. He was a true magician and the only bowler I have known who would get batsmen out by announcing before hand he would get him with this delivery,” Miandad recalled.

Qadir's son, Sulaman, told the media that his father never complained of any heart ailment and his death from a cardiac arrest had left the family devastated.

"...he was at home having dinner when he suffered the heart attack and although we rushed him to hospital, he expired on the way,” he said.

Qadir became an icon for keeping the art of wrist spin alive in the '70s and '80s with his bouncy and unique run-up and flamboyant personality.

Qadir played 67 Tests and 104 ODIs to pick up a total of 368 wickets in his international career. All four of his sons -- Rehman, Imran, Sulaman and Usman -- have played first-class cricket in Pakistan. His youngest son Usman, also a leg-spinner, appeared in the Big Bash T20 league last season.

Sachin Tendulkar Imran Khan Wasim Akram Shoaib Akhtar Cricket
Get the latest updates on India vs South Africa and check out  Schedule, Results and Live Score. Like us on Facebook or follow us on Twitter for more sports updates. You can also download the NDTV Cricket app for Android or iOS.