Sachin Tendulkar and Brian Lara will be joined by the likes of Virender Sehwag, Brett Lee and Tilakratne Dilshan for the Road Safety World Series next year. 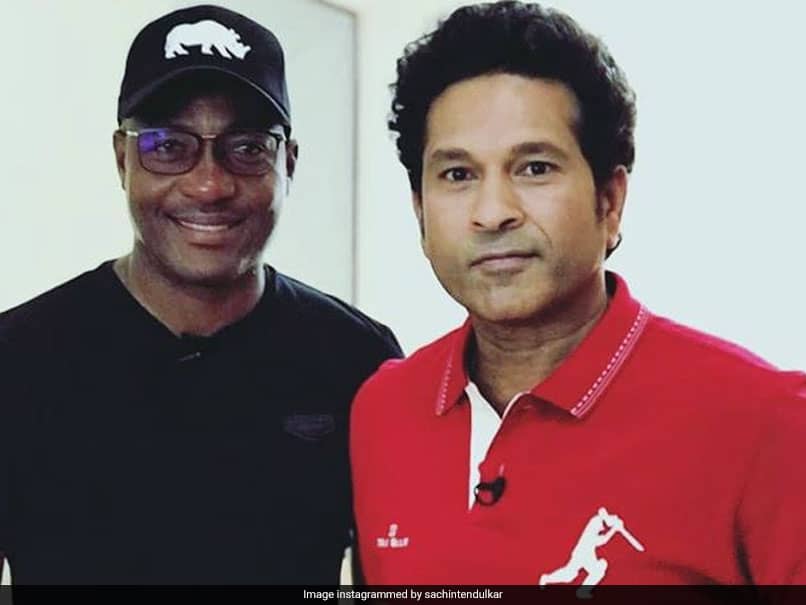 Sachin Tendulkar and Brian Lara are likely to renew their rivalry in the annual T20 tournament.© Twitter

Batting greats Sachin Tendulkar and Brian Lara are among former cricketers who will return to the field for the Road Safety World Series in India next year. The World Series will be an annual Twenty20 tournament played between retired cricketers from five countries - Australia, South Africa, Sri Lanka, West Indies and India. Tendulkar and Lara will be joined by former players including India's Virender Sehwag, Australian Brett Lee, Sri Lankan Tillakaratne Dilshan and South Africa's Jonty Rhodes for the tournament from Feb. 2-16 across India.

Tendulkar, 46, is the world's leading scorer in tests and one-day internationals, amassing more than 34,000 runs and 100 centuries in a 24-year career that ended in 2013.

In 2008, Tendulkar surpassed Lara's record for most test runs with the West Indies left-hander having made 11,953 in the longest format of the game before retiring from international cricket in 2007.

Lara holds the record for the highest individual test score, his 400 not out against England in Antigua in 2004.

Tillakaratne Dilshan Jonty Rhodes Cricket
Get the latest updates on IPL 2021, IPL Points Table , IPL Schedule 2021 , live score . Like us on Facebook or follow us on Twitter for more sports updates. You can also download the NDTV Cricket app for Android or iOS.