South Africa vs Pakistan: Mohammad Rizwan made an unbeaten 74 as Pakistan defeated South Africa by four wickets in the first T20I on Saturday. 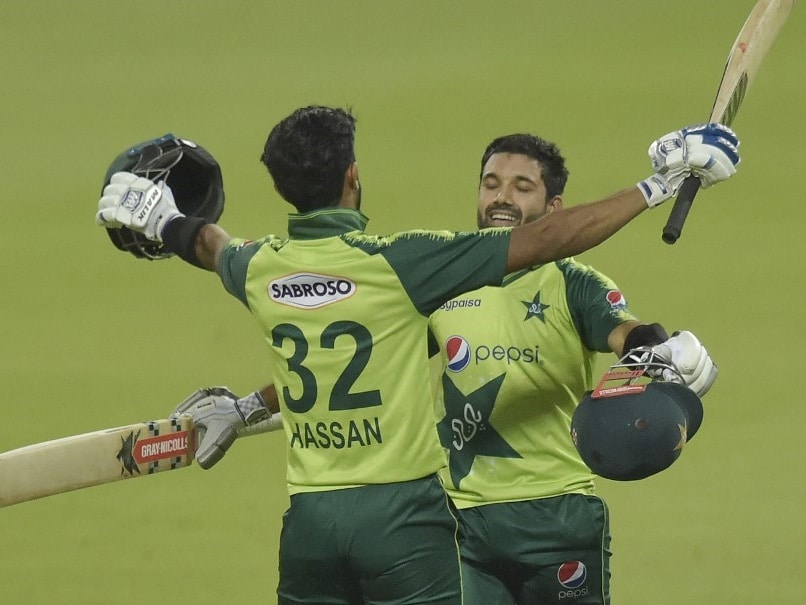 Mohammad Rizwan made an unbeaten 74 as Pakistan chased down the target with one ball to spare.© AFP

Mohammad Rizwantook inspiration from teammate Fakhar Zaman and steered Pakistan to their highest winning run chase as they beat South Africa by four wickets in the first Twenty20 international at the Wanderers Stadium in Johannesburg on Saturday. Rizwan made an unbeaten 74 as Pakistan chased down a target of 189 with one ball to spare. Their previous highest T20 chase was 188 against Australia in Harare in 2018.

Rizwan said the pitch was tricky at the start of the chase but he and captain Babar Azamgot the side off to a quick start before Babar was out with the total on 41 in the fifth over.

He was then joined by Fakhar, who scored an astonishing 193 not out in the second one-day international on the same ground six days earlier.

Fakhar made 27 off 19 balls before he was caught on the boundary off left-arm spinner Tabraiz Shamsi, who took two for 29.

But Rizwan said he modelled his innings on the way Fakhar played in the one-day game.

"Fakhar's innings was on my mind today, the way he played on this surface," said Rizwan.

"I was taking my time knowing I could score later on."

With a succession of power hitters in the side, Rizwan said he got a message from his team's dug-out that he must keep batting until the end.

Rizwan, who scored only 42 runs in three innings in Pakistan's 2-1 one-day series win, was back in the form which earned him man of the series awards in both Test and T20 series against South Africa in Pakistan earlier in the year.

The match swung in the last four overs of the two innings.

South Africa could score only 29 in their last four overs, while Pakistan thrashed 52 off the last 3.5 overs.

The slide started when he was caught at short leg off Hasan Ali off the second ball of the 17th over after he had raced to 50 off 28 balls.

South Africa went into the match with a second-string team.

Five players were missing because of Indian Premier League commitments and Klaasen was a stand-in captain after Temba Bavuma was one of three players to miss out because of injuries.

Opening batsman Aiden Markram, who made 51, was a late inclusion after regular T20 opener Reeza Hendricks took paternity leave and South Africa's team had three new caps and only four players with more than ten appearances.

The inexperience showed in the closing overs as bowlers missed their lengths.

Beuran Hendricks picked up three wickets but was hit for 4,6,4 off successive full tosses in the 18th over, which cost 16 runs.

Two catches went down in a frantic last over before Pakistan scored the winning run off an overthrow.

South Africa Cricket Team Mohammad Rizwan The Wanderers Stadium, Johannesburg Cricket South Africa vs Pakistan, 1st T20I
Get the latest updates on ICC T20 Worldcup 2022 and CWG 2022 check out the Schedule, Live Score and Medals Tally. Like us on Facebook or follow us on Twitter for more sports updates. You can also download the NDTV Cricket app for Android or iOS.