S Sreesanth's lifetime ban from cricket was reduced to seven years last year, and the tenure ends on September 13. 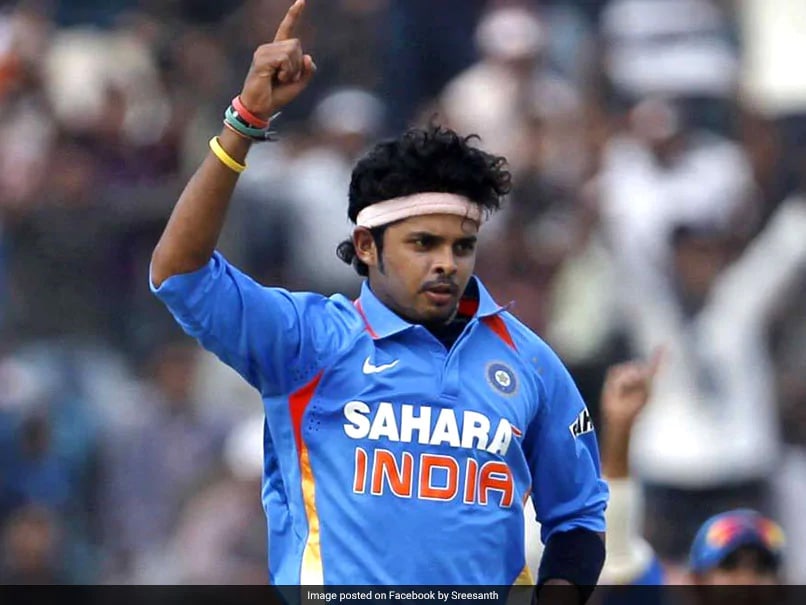 As the seven-year ban inches closer to an end, fast bowler S Sreesanth on Thursday said he was fit and raring to play cricket again. Sreesanth was banned by the Board of Control for Cricket in India (BCCI) for lifetime in August 2013, along with his Rajasthan Royals teammates Ajit Chandila and Ankeet Chavan, for indulging in alleged spot-fixing in the Indian Premier League (IPL) that year. However, last year his lifetime ban was reduced to seven years, which is set to complete on September 13 this year.

Sreesanth says he is certain of getting into the Kerala Ranji Trophy team but is waiting for the official announcement.

"The official announcement will come in September, I am just continuing with my training. Everybody is being supportive from the Secretary to Director General, everybody has been supportive, selectors and coach want me in the team," Sreesanth told ANI.

"I am just training, let's see, I am fit and raring to go. You will see me playing, I am just eagerly waiting to go forward. It's very, very clear I will be in the squad, the official announcement will be in September so I have to follow the rules and do things accordingly," he added.

The 37-year-old pacer admitted that cricket has changed a lot since the last time he played.

"I don't look at this as one of my second innings, seven years I have missed and cricket has changed a lot from the last time when I was playing. I still remember all the lovely days when I represented my country," he said.

The most debated change in the game of cricket has been the prohibition of saliva to shine the ball. The concerns regarding the spread of coronavirus forced the International Cricket Council (ICC) to make interim changes to playing regulations.

Reflecting on the same, Sreesanth said the topic has been blown out of proportion.

"It's being blown out of proportion, you can use sweat as well, you have to take care, you have to respect every decision the association is taking, it all comes down to skills. When I played county cricket, I learned that you just have to maintain the ball, it's more of keeping the ball dry," Sreesanth said.

"I am very happy in one way, there is a positive that only the skilful bowlers can now perform. You need to move on and adapt, you have to adapt if you want to become successful, the need of the hour is to adapt. It's about practice, and players will eventually get used to it," he added.

Rajasthan Royals International Cricket Council Cricket
Get the latest updates on ICC T20 Worldcup 2022 and CWG 2022 check out the Schedule, Live Score and Medals Tally. Like us on Facebook or follow us on Twitter for more sports updates. You can also download the NDTV Cricket app for Android or iOS.