Ross Taylor lifted New Zealand from a precarious 39 for three in their chase of 175 to complete the win in 19.3 overs and lead the three-match series 1-0. 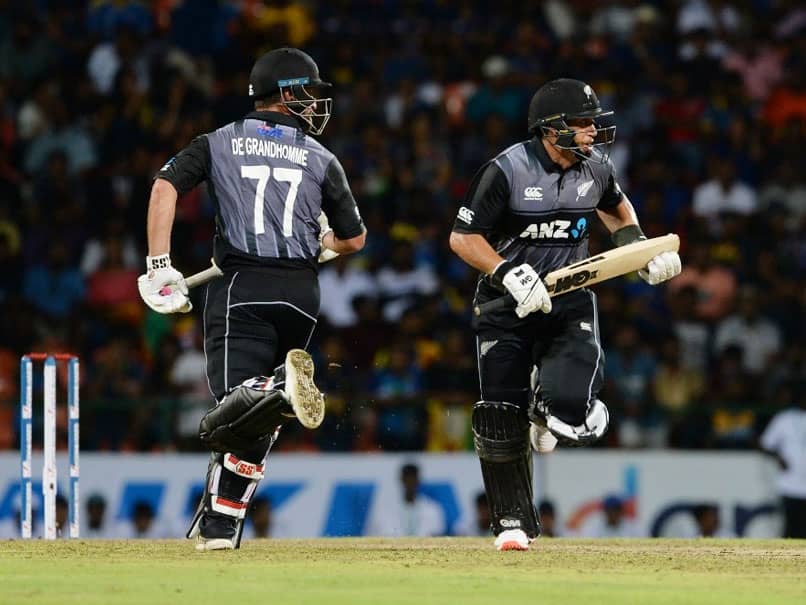 Ross Taylor hit a quickfire 48 to set up New Zealand's five-wicket win over Sri Lanka in the first Twenty20 international against Sri Lanka in Kandy on Sunday. Ross Taylor lifted the Black Caps from a precarious 39 for three in their chase of 175 to complete the win in 19.3 overs and lead the three-match series 1-0. Sri Lanka skipper Lasith Malinga became the highest wicket-taker in the shortest format after his two scalps took his tally to 99 in 74 matches, surpassing Pakistan's Shahid Afridi.

But his effort was not enough as Taylor put on 79 runs for the fourth wicket with Colin de Grandhomme, who scored 44, to take the attack to the opposition bowlers.

Taylor, who survived a dropped catch on 31 by Dasun Shanaka at deep mid-wicket off Akila Dananjaya, made the most of the reprieve to hit three fours and two sixes in his 29-ball blitz.

He was finally trapped lbw off debutant leg-spinner Wanindu Hasaranga who returned figures of 2-21 from his four overs.

Daryl Mitchell, who made 25 off 19 deliveries, and Mitchell Santner, scoring 14,  then put on an unbeaten 31-run stand to steer the Black Caps home.

Malinga, who retired from Test cricket in 2011 and played his farewell one-day international in July, bowled Colin Munro in the first over of the New Zealand chase to equal Afridi's record of 98 wickets.

The 36-year-old then cleaned up de Grandhomme, for 44, to achieve the feat in his 74th T20 match of his illustrious career.

Mendis built crucial partnerships including a 63-run stand for the third wicket with Niroshan Dickwella, who made 33.

Opener Kusal Perera made 11 before falling to Kiwi skipper Tim Southee and number-three batsman Avishka Fernando was out for 10 as Sri Lanka slipped to 68 for two.

Mendis held firm to complete his fifth T20 fifty and also went past his previous best of 70 after surviving a dropped catch on 55.

Mendis was finally holed out at deep mid-wicket off Southee, who returned figures of 2-20 from his four overs of pace.

The second T20 is scheduled for Tuesday at the Pallekele International Stadium in Kandy.

Ross Taylor Cricket Sri Lanka vs New Zealand, 1st T20I
Get the latest updates on IPL 2020, check out the IPL Schedule for 2020 and Indian Premier League (IPL) Cricket live score . Like us on Facebook or follow us on Twitter for more sports updates. You can also download the NDTV Cricket app for Android or iOS.