On this day three years ago Rohit Sharma hit a 35-ball hundred in a T20I against Sri Lanka, the joint-fastest in the shortest format of the game. 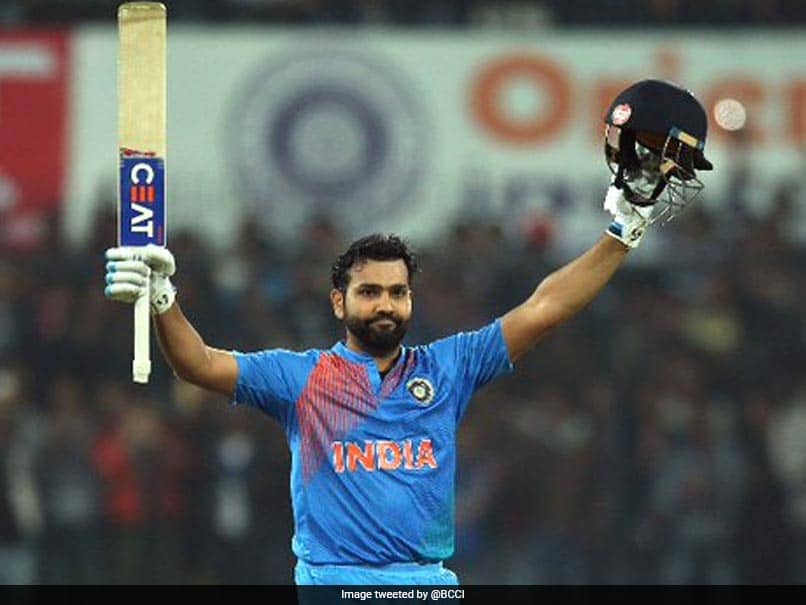 On this day in 2017 Rohit Sharma scored the joint-fastest T20I hundred, off 35 balls vs Sri Lanka.© BCCI/Twitter

Three years ago on this day, India opener Rohit Sharma smashed the joint-fastest hundred in the shortest format of the game against Sri Lanka. Rohit completed his century in just 35 balls and played an innings of 118 runs. His knock was studded with 12 fours and 10 sixes. Interestingly, South Africa batsman David Miller had also brought up his hundred in 35 balls against Bangladesh in Potchefstroom a few weeks prior to Rohit's milestone. Rohit guided the team to a massive total of 260/5 after being asked to bat first at the Holkar Stadium in Indore. KL Rahul also played a quickfire knock of 89 off 49 balls.

Watch that sensational 43-ball 118-run knock from the Hitman

India then restricted the visitors to 172 all out. Yuzvendra Chahal scalped four wickets while Kuldeep Yadav bagged three.

Swashbuckling batsman Rohit is second on the charts of leading run-scorers in the history of T20Is with 2773 runs.

India skipper Virat Kohli has scored most runs in the shortest format (2928) of the game while Martin Guptill of New Zealand is third on the list with 2621 runs.

Dhawan has 1669 runs in T20Is and is only behind skipper Kohli and Rohit. KL Rahul is at the sixth spot in the leading run-scorers' list for India with 1542 runs under his belt.