"These Days Are Not Coming Back": Rohit Sharma Shares Adorable Video With Daughter Samaira

Rohit Sharma took to Instagram on Saturday to post an adorable video of him playing with his daughter Samaira. 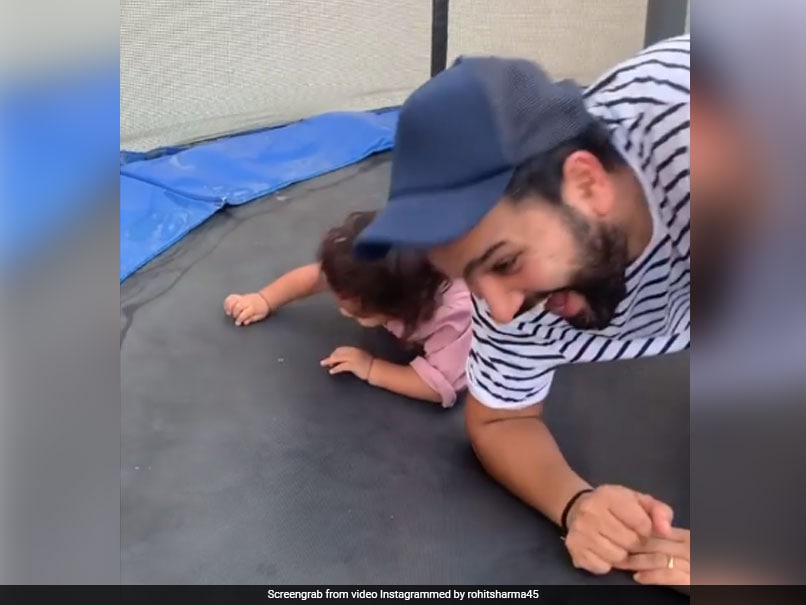 Rohit Sharmatook to Instagram on Saturday to post an adorable video of him playing with his daughter Samaira. In the video, Rohit can be seen making Samaira laugh while his wife Ritika captures the father-daughter duo playing on a trampoline. "These days are not coming back," Rohit Sharma captioned the video on Instagram. Soon after Rohit posted the video, Harbhajan Singh and Suresh Raina left a heart emoji in the comments section. The Mumbai Indians skipper has been quite on social media during the coroavirus-enforced lockdown, sharing pictures, videos and even interacting with other cricketers on Instagram live sessions.

These days are not coming back....

On Friday, Rohit caught up with his teammates Shikhar Dhawan and Mayank Agarwal in a show ''Open nets with Mayank'' on BCCI.tv.

During the chat Rohit revealed the reasonwhy his wife Ritika got emotional when the right-handed batsman scored his third double century in One-Day Internationals (ODIs).

Rohit further mentioned that the knock was special because it came on the day of his wedding anniversary.

Shikhar Dhawan Mayank Agarwal Cricket
Get the latest updates on India vs South Africa and check out  Schedule, Results and Live Score. Like us on Facebook or follow us on Twitter for more sports updates. You can also download the NDTV Cricket app for Android or iOS.