Rohit Sharma said that fans give every sport across the globe an additional spark and they are the ones who make every sport look glamorous. 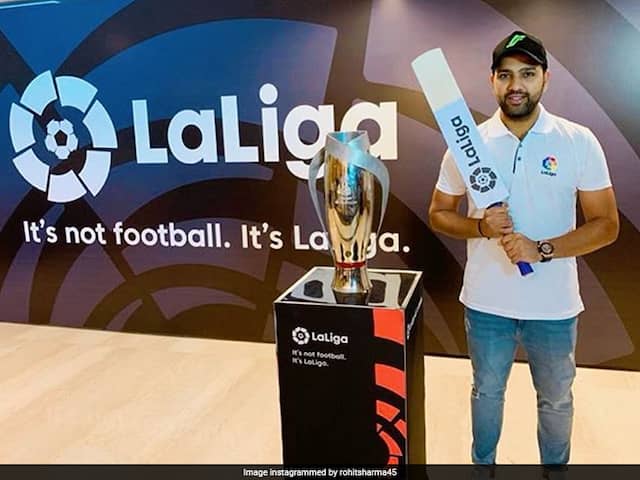 Opening batsman Rohit Sharma on Saturday said that fans give every sport across the globe an additional spark and they are the ones who make every sport look glamorous. Rohit was doing a Facebook live chat with presenter Joe Morrison on the official handle of La Liga where he was asked how sport will look if it is played without fans for some period of time. "They (fans) are so important for any sporting event across the world. They are the ones who make every sport look so glamorous around the world. At least the first measure has to be everyone's safety," he said during the interaction.

"Once these measures are taken care of, slowly and smoothly fans can be allowed inside the stadium. The safety of everyone is of utmost importance. It needs to be taken into consideration before taking any measures," Rohit continued.

All international cricketing activity has been suspended since March due to the coronavirus pandemic.

Many significant changes were witnessed during Bundesliga's return last week. There were no customary handshakes before the start of the match as both teams came out to the playing field from different sides of the ground.

During the goal celebration, players did not come close to each other and they followed the German government's order of following physical distancing.

Spanish football competition La Liga on Saturday also got clearance from Spain's government to resume its suspended season from June 8.

"With the endorsement of the Higher Sports Council, the green light has been given for the professional soccer league to be played again, from June 8," Goal.com quoted Spanish Prime Minister Pedro Sanchez as saying.

On Monday, La Liga clubs returned to group training ''with a maximum of ten players''. That was a significant step forward on the road towards restarting professional football in Spain.

Players were allowed to resume individual training from May 4 as the country began to de-escalate its lockdown measures.