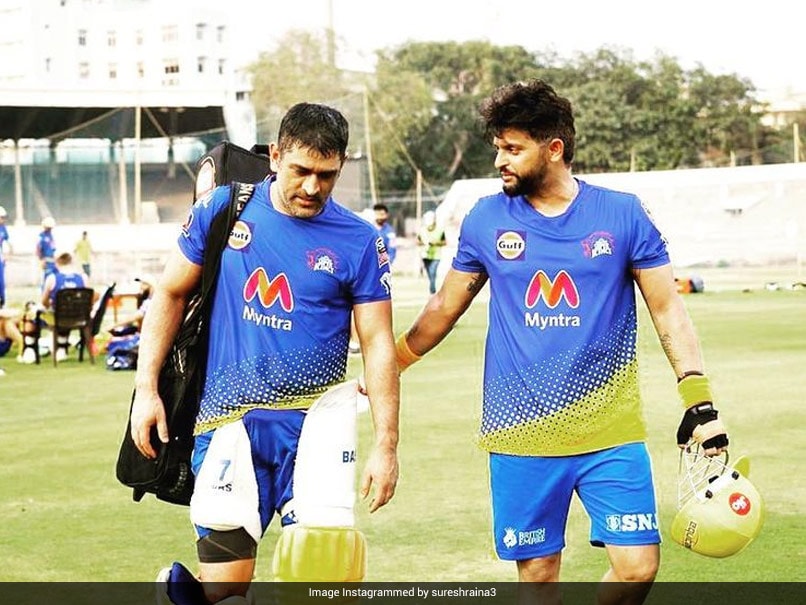 Suresh Raina, one of Chennai Super Kings' mainstays in Indian Premier League (IPL), took to Instagram to share a picture with MS Dhoni on Saturday. Raina's post came on the same day when the Board of Control for Cricket in India (BCCI) announced that the 14th edition of the IPL will resume in September-October with the remaining matches scheduled to be played in the UAE. "See you soon Dubai," Raina captioned the image and tagged Dhoni along with CSK and IPL in his post. Many fans flooded the comments section with warm replies for the duo but it was CSK who took won over the internet with their comment.

Chennai Super Kingswere second on the points table when the IPL 2021 was postponed indefinitely due to Covid cases within the bio-bubbles of franchises.

The Chennai-based franchise will be more than happy to see such a post from their seasoned campaigner -- Raina, who had missed the 13th edition of the tournament which was also held in the UAE.

Raina flew back home just before the start of the tournament due to personal reasons last year.

On May 4, the BCCI and IPL Governing Council postponed the cricket tournament indefinitely after Wriddhiman Saha from SunRisers Hyderabad and Amit Mishra from Delhi Capitals tested positive for the dreaded virus.

Suresh Raina Cricket IPL 2021
Get the latest updates on ICC Women's Cricket World Cup 2022 and IPL 2022, check out the Schedule , Live Score and IPL Points Table. Like us on Facebook or follow us on Twitter for more sports updates. You can also download the NDTV Cricket app for Android or iOS.