Ravichandran Ashwin shared the conversation he had with Delhi Capitals head coach Ricky Ponting over the controversial 'Mankad' mode of dismissal. 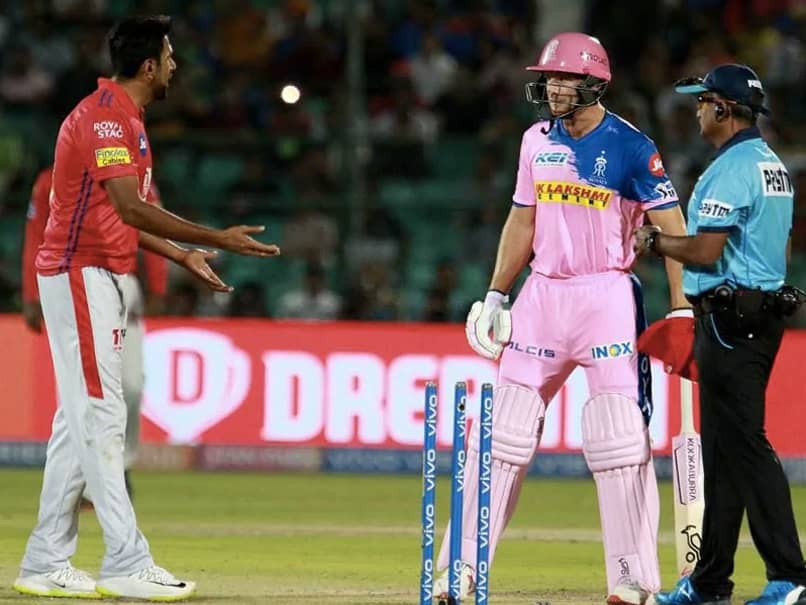 Ravichandran Ashwin ran out Jos Buttler at the non-striker's end in an IPL 2019 match.© BCCI/IPL

Ravichandran Ashwin has revealed his conversation with Ricky Ponting over the controversial ‘Mankading' mode of dismissal – running a batsman out at the non-striker's end before the ball was delivered – in a video on his YouTube channel. Ashwin courted controversy during Indian Premier League (IPL) 2019 when playing for Kings XI Punjab he ran out Rajasthan Royals' Jos Buttler at the non-striker's end. Ponting, while speaking on a podcast recently, had said that as the head coach of Delhi Capitals, Ashwin's team for IPL 2020, he would not allow the bowler to ‘Mankad' a batsman. Ashwin had responded saying he had an "interesting chat" with Ponting over the subject.

“The conversation between both of us over the run out at the non-striker's end. The moment I did that, Ricky, you said, even if you ask me, I will have the point of justification,” Ashwin said in a chat with Ponting over a video call.

“But it's not justification. To be honest, I am a serial sort of a run out guy at the non-striker's end. I started at the age of 12, because I couldn't take the batsman taking those extra yards.

“And the moment I did that, the spirit of cricket was brought into play. And you were part of the committee that approved the law. So, what's your take on that?” Ashwin asked Ponting.

Ponting sits on the MCC Cricket Committee, which responsible for framing the laws of the game, and he reiterated his position as said earlier.

“I wasn't trying to say that you were justified, because actually in the course of the game you can't do it,” Ponting replied.

"Honestly, we have got to try and find a way around, trying to make the batsman stop cheating. Because that's basically cheating," he added.

Ashwin pointed out the penalty that bowlers get for overstepping in terms of a no-ball and asked Ponting if similar measures could be adopted for the non-striker.

“I think there should be some sort of run penalty,” Ponting said. “If you are to get to the top of your bowling action and it shows that the batsman is cheating, I think put a run penalty on him. And do it right from the start.

“Taking 10 runs off the team total because you've taken a yard out of your crease – those sort of things need to be looked at,” Ponting explained.

Ravichandran Ashwin Ricky Ponting Cricket
Get the latest updates on IPL 2021, IPL Points Table , IPL Schedule 2021 , live score . Like us on Facebook or follow us on Twitter for more sports updates. You can also download the NDTV Cricket app for Android or iOS.