Rashid Khan is one of the key bowlers for Afghanistan and several franchises worldwide and also quite adventurous with the bat. 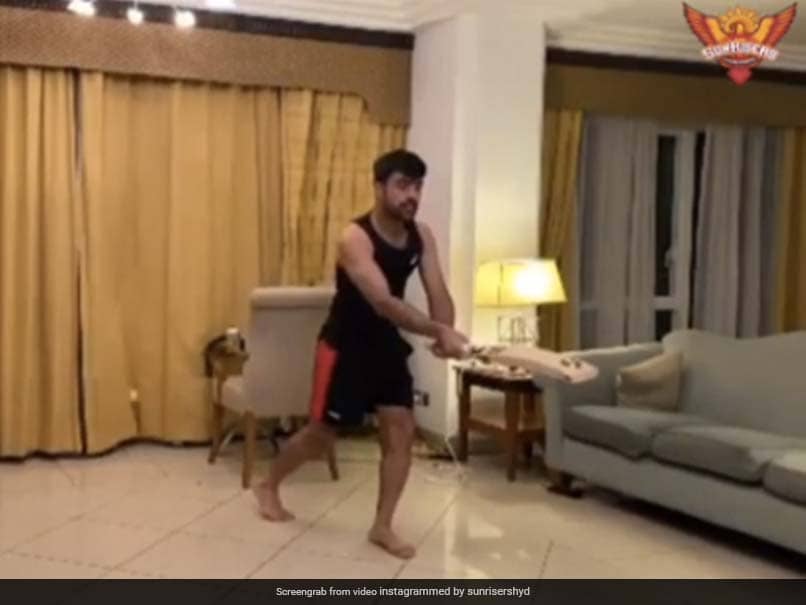 Rashid Khan plays for the SunRisers Hyderabad in the IPL.© Instagram

Rashid Khan is one of the finest leg-spinners in world cricket at the moment. Rashid Khan plays for the SunRisers Hyderabad (SRH) in the Indian Premier League and is a key player for his team. On Tuesday, Australian batsman Steve Smith turned 31 and to mark the occasion, SRH's official Instagram account shared a video of Rashid Khan trying to copy Steve Smith's batting style. SunRisers Hyderabad in the caption of the post wrote, "@rashid.khan19 doing his best @steve_smith49 impression on the Aussie's birthday today! Have a good one, Steve". Steve Smith is one of the best batsmen in the current era.

@rashid.khan19 doing his best @steve_smith49 impression on the Aussie's birthday today! Have a good one, Steve! #OrangeArmy #SRH

Rashid Khan made his international debut in 2015 against Zimbabwe in a One-day International. Since then, Rashid Khan has played 71 ODIs for his country and has scalped 133 wickets with an economy rate of 4.16. He is at the 11th spot in ICC's ODI rankings for bowlers with 630 points.

Rashid Khan made his Test debut against India in 2018. He has featured in four Test matches for his country and has 23 wickets with an economy rate of 3.10.

The leg-spinner has played 46 matches in the IPL and has managed to pick 55 wickets with an economy rate of 6.55.