Tamil Nadu, who have made it to their 12th Ranji final, edged out Maharashtra by virtue of first innings lead. 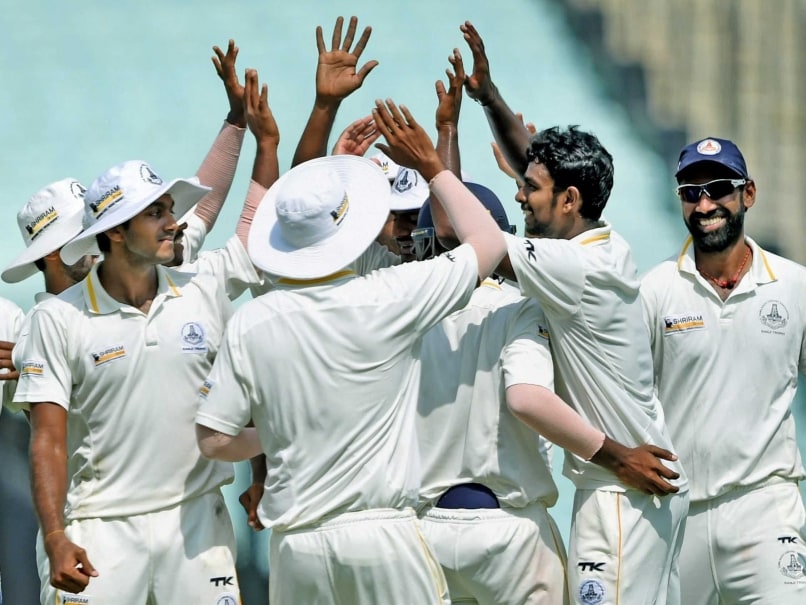 Tamil Nadu edged out last edition's runners-up Maharashtra by virtue of first innings lead in a drawn encounter on Sunday, to set up a summit clash with their southern rivals and reigning champions Karnataka in the Ranji Trophy cricket tournament.

In sharp contrast to their positive attitude on Saturday, Maharashtra never looked in the right frame of mind in pursuit of Tamil Nadu's mammoth first innings total of 549, as they were bundled out for 454 to concede the decisive first essay lead to the two-time champions here at the Eden Gardens.

With this victory, Tamil Nadu have made it to their 12th Ranji final appearance, and first since 2011-12.

Resuming the day on 394 for five, Maharashtra could manage to add just 60 more runs to their last night's tally before being bundled out in 125 minutes.

It was man-of-the-match Vijay Shankar, who triggered the collapse, dismissing the two overnight batsmen in three balls in his first over of the day after Abhinav Mukund brought the seamer in the 11th over of the day from the pavillion end.

"Shankar is developing into a good allrounder. He had a great spell yesterday and I felt he was unlucky and brought him as the first change this morning and the move clicked," the skipper said about Shankar, who also scored a crucial 91 in Tamil Nadu's first innings.

Maharashtra captain Rohit Motwani (11) was the first to be dismissed when he pulled a rising delivery from Shankar but only to be caught behind the stumps.

In the next ball, Shrikanth Mundhe rotated the strike and Bawne (57) also followed suit when he chased a wide delivery to be caught by Ramaswamy Prasanna at the slip cordon.

Tamil Nadu's most effective bowler Aswin Crist (4/89) then returned to add two more to his tally as Maharashtra again lost two more wickets -- Anupam Sanklecha (17) and Dominic Jacob (0) -- in one over, and it was all but over.

Mundhe (25 not out) was left stranded at the other end after last-man Samad Fallah (0) was run out by substitute Shahrukh Khan.

Comments
Topics mentioned in this article
TN KAR MAH Cricket
Get the latest updates on India vs Australia and check out  Schedule, Results and Live Score. Like us on Facebook or follow us on Twitter for more sports updates. You can also download the NDTV Cricket app for Android or iOS.