Mumbai trounced underdogs Tripura by 10 wickets in their Group C Ranji Trophy game on the third and penultimate day on Monday to storm into the quarter finals. 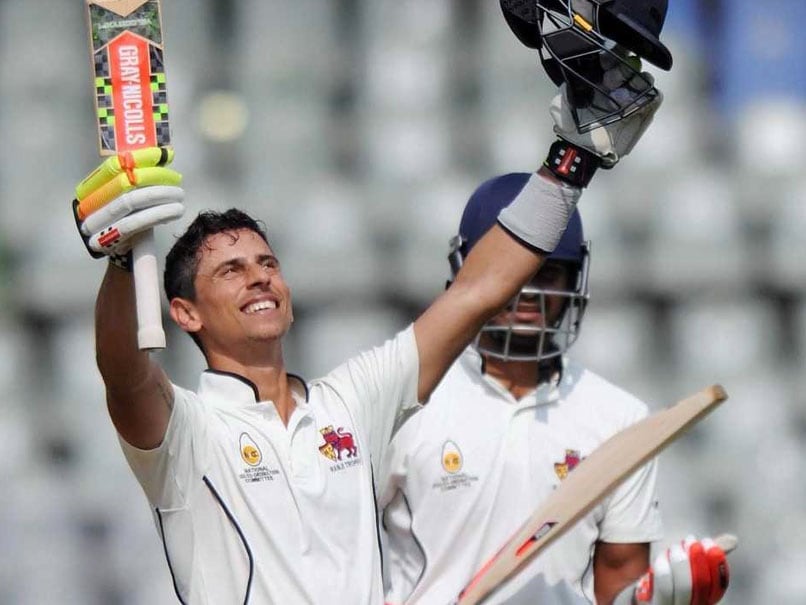 Mumbai trounced underdogs Tripura by 10 wickets in their Group C Ranji Trophy game on the third and penultimate day on Monday to storm into the quarter finals. The 41-time champions chased a paltry target of 63 in just 6.2 overs with young find Prithvi Shaw (50 not out) and first innings centurion Jay Bista (13 not out) taking them home. Shaw, who was at his best, laced his 26-ball innings with eight hits to the fence as Mumbai raced to a thumping victory at the Wankhede Stadium.

Mumbai bagged seven points, including the bonus point, to leapfrog earlier leaders Andhra Pradesh (19 points) and book a knock-out berth with a tally of 21 points. The second spot in the group is a toss-up between Andhra and Madhya Pradesh.

Mumbai declared at their overnight score of 421 for 8 to take a huge 226-run first innings lead before their bowlers put up a spirited show to bundle out Tripura for 288 in their second innings.

For the visitors, only Yashpal Singh (82 off 127 balls) and keeper Smith Patel (68 off 111 balls) showed some resistance, but all their lower-order batsmen failed to make a mark, making a beeline to the pavilion.

For the hosts, left-arm spinner Karsh Kothari (4-72) and pacer Dhawal Kulkarni (4-69) were the chief wicket takers. Kothari, stuck at the stroke of tea and then after the break. At tea, Tripura were 222 for 5, four runs behind Mumbai.

At one stage in their second innings, Tripura were struggling at 84-3, but then Patel and Sharma put on a 129-run stand for the fourth wicket.

While Patel brought up his fifty in 83 balls, Sharma completed his half century in 68 balls.

But before tea, Mumbai bounced back, dismissing Patel and new man Gurinder Singh (1). First it was Jay Bista who broke the Sharma-Patel stand after he cleaned up Patel, who struck 10 fours.

And within no time, Kothari removed Gurinder, who was caught brilliantly by Surya Kumar Yadav in the slips.

Earlier in the morning, Kulkarni gave the hosts their first breakthrough dismissing Tripura opener Samarat Singha who edged to wicket-keeper Tare on 7.

Udiyan Bose (34) got involved in a 65-run second wicket stand with Ghosh before their partnership was broken by Kulkarni who had Bose caught at square-leg.

At lunch, Tripura were 84 for 2 and after lunch, off the second ball, medium-pacer Akash Parkar, who picked up his maiden five-wicket haul in the Tripura first innings, cleaned up Ghosh (38).

Comments
Topics mentioned in this article
Siddhesh Lad Cricket Prithvi Shaw Yashpal Singh Dhawal Kulkarni
Get the latest updates on IND vs NZ 2021, check out the Schedule and Live Score . Like us on Facebook or follow us on Twitter for more sports updates. You can also download the NDTV Cricket app for Android or iOS.