Baroda and India all-rounder Irfan Pathan suffered a knee injury that may keep him out of his team's next Ranji match, on Tuesday. 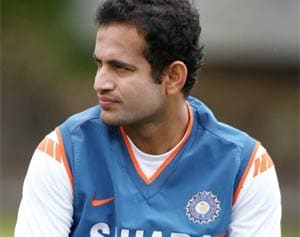 Baroda and India all-rounder Irfan Pathan suffered a knee injury that may keep him out of his team's next Ranji match, on Tuesday.

Batting with precision and eventually helping his side come back to ensure three points after his century drew the match against Karnataka, Pathan injured his knee en route.

Baroda are already without the services of Munaf Patel and Pathan now, reportedly, will be making his way to the National Cricket Academy for rehabilitation. His latest injury may have been a result of playing continues cricket. He was part of the India 'A' team that played a warm-up match against England. He then returned to play for Baroda and bowled 25 overs and hit a century in the first innings. Pathan did not take to the field in the second.

Baroda coach Sanath Kumar has told a national daily that his knee was swollen on the second day of the match and it got aggravated as the Ranji match progressed.

Comments
Topics mentioned in this article
Cricket Anil Kumble Vikram Solanki Virat Kohli Wasim Jaffer Irfan Pathan Paul Valthaty BAR
Get the latest updates on IPL 2020, check out the IPL Schedule for 2020 and Indian Premier League (IPL) Cricket live score . Like us on Facebook or follow us on Twitter for more sports updates. You can also download the NDTV Cricket app for Android or iOS.