Gujarat sealed a place in the semifinals after a 464-run win over Goa in Valsad. 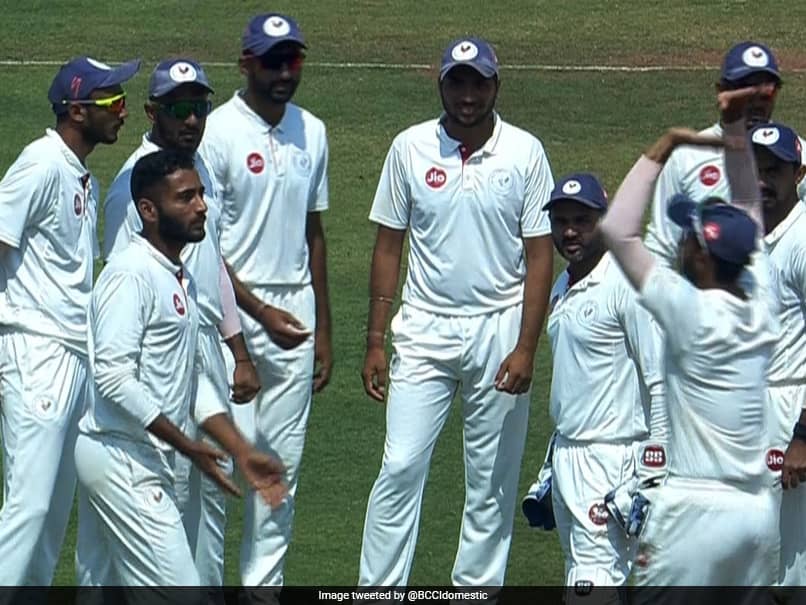 Gujarat beat Goa and became the first team to reach Ranji Trophy 2019-20 semifinals, while Saurashtra moved closer to seal a place in the final four as the fourth day of the quarterfinal came to an end. Karnataka, meanwhile, stretched their lead past 250 and extended the advantage against Jammu and Kashmir. Bengal, meanwhile, strengthened their position in a game against Odisha. The Parthiv Patel-led Gujarat sealed a place in the semifinals after a 464-run win over Goa in Valsad. Gujarat added 41 runs to their overnight score and declared at 199/6, setting a mammoth 629-run target for Goa. While Bhargav Merai scored 50, Samit Gohil scored 72, Lakshay Garg picked up four wickets for Goa.

Gujarat then struck thrice in quick succession and reduced Goa to 13/3 before Suyash Prabhudessai and Snehal Kauthankar added 81 runs together.

However, Gujarat managed to break the stand before the tea interval, dismissing Kauthankar. While Prabhudessai scored 66, Siddharth Desai and Arzan Nagwaswalla scalped five and four wickets respectively as Gujarat bowled out Goa for 164 to win the match with a day to spare.

At the CSR Sharma College Ground in Ongole, Saurashtra consolidated their position in the quarterfinal clash against Andhra.

Having taken a 283-run lead in the first innings, Saurashtra ended the fourth day at 375/9, extending their overall lead to 658 runs. While Avi Barot scored 54, Prerak Mankad and Dharmendrasinh Jadeja scored 85 and 60 runs, respectively.

Saurashtra were 198/6 at one stage in their second innings. However, from thereon, they added 173 runs, losing three wickets to move closer to 380-run mark.

In Jammu, M Prasidh Krishna picked up four wickets as Karnataka, after scoring 206, limited Jammu and Kashmir to 192 to secure a 14-run lead. The Parvez Rasool-led side, who were 88/2 as the proceedings began on the fourth day, lost eight wickets for 104 runs.

Karnataka enjoyed a solid start in the second innings as the openers - Ravikumar Samarath and Devdutt Padikkal - put up a 53-run stand.

While skipper Karun Nair got out for 15, Samarth and Karnataka's first-innings top scorer, K.V. Siddharth, who remained unbeaten on 75 on Day 4, added 98 runs together before Samarth got out for 74.

Manish Pandey then scored a run-a-ball 35 before Karnataka ended the day at 245/4, leading Jammu and Kashmir by 259 runs.

In the Bengal versus Odisha quarterfinal in Cuttack, Bengal, which had taken an 82-run lead in the first innings, extended their overall lead to 443 runs.

Bengal, who resumed the day's play at 79/2, rode on fifties from Abhishek Kumar Raman, Shreevats Goswami and Shahbaz Ahmed and ended the day at 361/7.

While Bengal lost Manoj Tiwary and Anustup Majumdar early on day four, the pair of Abhishek Kumar Raman and Goswami put up a 102-run stand before the former got out for 67.

Goswami then added 57 runs with Shahbaz before being dismissed for 78. However, Shahbaz and Arnab Nandi's 78-run stand helped Bengal go past 350.