Wriddhiman Saha has been named in Bengal's squad for the Ranji Trophy final beginning on March 9. 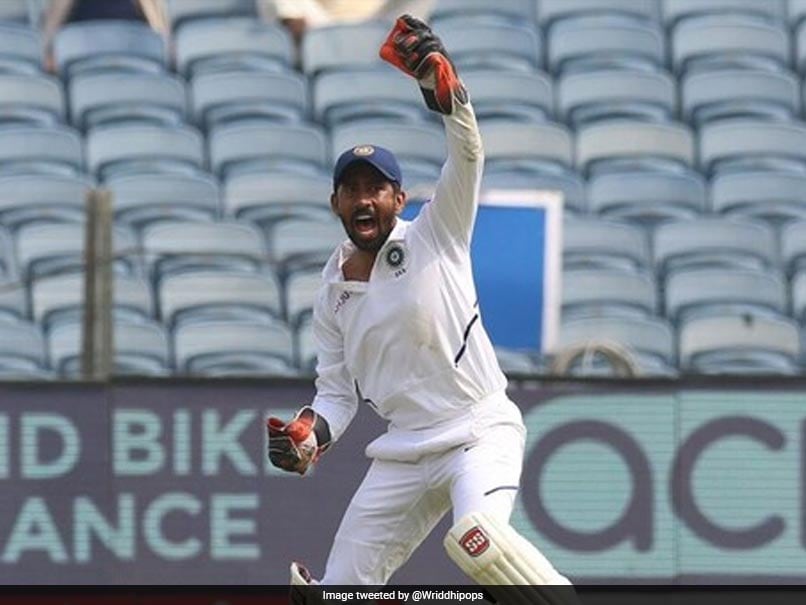 India Test wicketkeeper Wriddhiman Saha was on Tuesday named in Bengal's squad for their Ranji Trophy final beginning on March 9. Wriddhiman Saha was not included in the playing XI in India's recent 0-2 Test series defeat in New Zealand with Rishabh Pant picked over him. Earlier on Tuesday, fast bowler Mukesh Kumar bagged a career-best six-wicket haul as Bengal thrashed Karnataka by 174 runs to enter their first Ranji Trophy final in 13 years at the Eden Gardens on Tuesday.

The selectors also named uncapped batsman Sudip Gharami with injured Koushik Ghosh and youngster Golam Mustafa being the only two omissions from the 16-member squad, which defeated Karnataka in the semi-final.

Mukesh Kumar, who had dismissed India regular KL Rahul in Karnataka's first innings, became the hero in the second essay with his 6/61 as Bengal took less than two hours to dismiss Karnataka on day four. Resuming their monumental chase of 352 at 98 for three, Karnataka lost their remaining seven wickets for 79 runs in 16.3 overs.

The penultimate day's proceedings lasted just 115 minutes after which the hero-of-the-day Mukesh Kumar was carried on his shoulders by Akash Deep. Bengal, who won their previous Ranji title during Sourav Ganguly's debut season way back in 1989-90, had lost to Mumbai by 132 runs in their last final appearance in 2007.