Saurashtra, led by inspirational Jaydev Unadkat, will back themselves to win an elusive Ranji Trophy title at home as they take on Bengal in the summit clash. 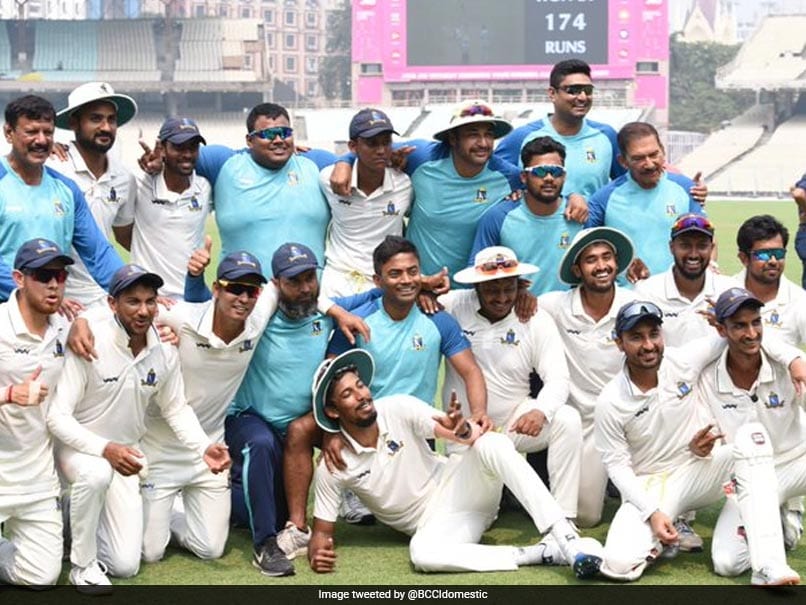 Saurashtra, led by inspirational Jaydev Unadkat, will back themselves to win an elusive Ranji Trophy title at home but a buoyant Bengal will be no pushovers in what promises to be an absorbing final beginning on Monday. Both the teams are desperate to go all the way with Saurashtra reaching their fourth final in eight seasons while Bengal has not tasted success in the premier domestic event since the 1989-90 triumph. While Bengal bulldozed over the mighty Karnataka in the semifinals, Saurashtra edged out Gujarat in a see-saw contest at the SCA Stadium, which is also the venue for the final.

There will also be star power on display with Test regulars Cheteshwar Pujara and Wriddhiman Saha joining the Saurashtra and Bengal squads respectively, having returned from New Zealand.

In fact, Pujara was very much Saurasthra's 12th man with Unadkat being in constant touch with his senior teammate during the hard-fought semifinal.

Now his physical presence in the all-important game will be a big boost to the side.

Saurashtra would not have ended up on the right side of the result against Gujarat if it wasn't for Unadkat, who has had a sensational run this season with 65 wickets at an average of 12.17 and is three shy of the all-time record of 68 scalps, set by Bihar spinner Ashutosh Aman last season.

The left-arm pacer single-handedly led his team on day five earlier this week with a seven-wicket haul on a flat surface, including the scalps of a set Parthiv Patel and Chirag Gandhi, who had brought Gujarat back in the game from a hopeless 63 for five while chasing 327.

Unadkat's stellar performances over the course of the season has put him back in national reckoning but in his own words, they would count for little if the team doesn't go all the way.

Not just with the ball, he also inspired with his captaincy and one example of that was when he promoted number 11 Chetan Sakariya, who shared a crucial 90-run stand with Arpit Vasavada (139) after the hosts collapsed to 15 for five.

The skipper is leading from the front but will expect more from his fellow pacers who have not done much to write about this season. Besides Pujara, the team's leading run-getter Sheldon Jackson will be expected to shoulder the batting responsibilities.

Saurashtra will be wary of Bengal's potent pace attack which fashioned their comprehensive win over eight-time champions Karnataka.

The pace trio of Ishan Porel, Mukesh Kumar and Akash Deep were on fire in the semifinal and has contributed significantly to the team's overall success.

Left-arm spinner Shahbaz Ahmed has come of age this season and is the team's joint highest wicket-taker with 30 scalps alongside Kumar and Akash Deep.

The onus in the batting department lies on veteran Manoj Tiwary, who has been the team's leading run-getter with 672 runs from 10 games but has not fired after his couple of match-winning half-centuries on a challenging track in Patiala.