RP Singh's behaviour was perhaps the only sour point for Pathiv Patel's side, which put on a clinical display in the high-profile final. 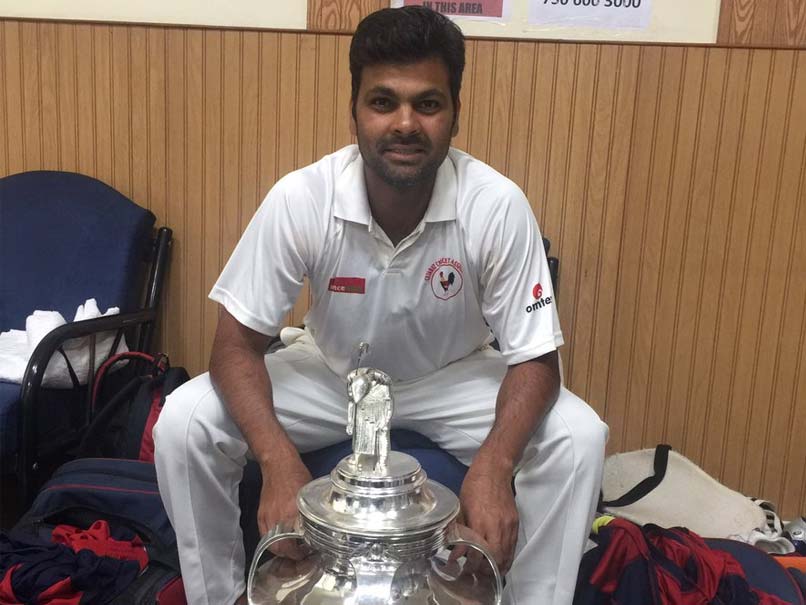 Gujarat's RP Singh, who was one of the star performers for his side in the Ranji Trophy this season, was seen venting his anger on a fan during the final against Mumbai. Gujarat scripted history on Saturday as they beat 41-time champions Mumbai by five wickets on Day 5 of the final at the Holkar Stadium in Indore. RP Singh's behaviour was perhaps the only sour point for Parthiv Patel's side, which put on a clinical display in the high-profile final. The Indian pacer snatched a fan's mobile phone and threw it on the ground after repeated requests for a selfie.

RP Singh has been in top form this term, picking up 18 wickets at 25.44. Like skipper Patel, he too played a key role in Gujarat's triumph in the final by dismissing four batsmen. In the semi-final against Jharkhand, RP Singh bagged nine wickets.

The left-arm pacer has not played international cricket since 2011, when he was part of the ODI team.

Gujarat become the 17th team to win the prestigious title and will now play the Irani Cup in Mumbai vs Rest of India from January 20.

Comments
Topics mentioned in this article
RP Singh Parthiv Patel Cricket India Cricket Team
Get the latest updates on ICC T20 Worldcup 2022 and CWG 2022 check out the Schedule, Live Score and Medals Tally. Like us on Facebook or follow us on Twitter for more sports updates. You can also download the NDTV Cricket app for Android or iOS.