Dhawal Kulkarni utilised the green track on offer to perfection to end the day on four for 30. 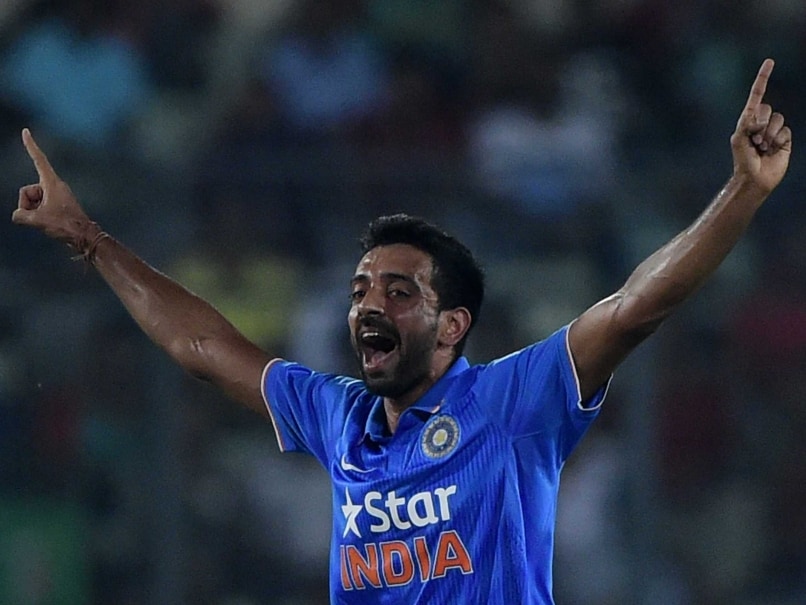 Dhawal Kulkarni wreaked havoc with the new ball to hand Mumbai the initial edge in their quest for 41st Ranji Trophy title by reducing Saurashtra to 192 for eight in the first innings on the opening day of the summit clash in Pune. (Read More in Cricket)

Back in the side after missing the semi-final due to a groin strain, Kulkarni utilised the green track on offer to perfection after Mumbai skipper Aditya Tare won the toss and invited Saurashtra to bat.

Kulkarni was spot on with his line and length, and managed to cut through Saurashtra top-order with figures of four for 30, which included the important wickets of opener Avi Barot, Cheteshwar Pujara, Arpit Vasavada and skipper Jaydev Shah.

Kulkarni was ably supported by his new ball partner Shardul Thakur (2/59), Abhishek Nayar (1/42) and Balwinder Sandhu (1/41). Kulkarni, in particular, produced an impressive opening spell as Mumbai reduced Saurashtra to 108 for seven at one stage.

Had it not been for Arpit Vasavada and debutant Prerak Mankad, it could have been an embarrassing scorecard for Saurashtra at the end of day's play during which they played 84.4 overs.

Vasavada (77) played a patient knock and held one end together during his 214-ball stay at the crease, which included just six boundaries, even as the wickets kept tumbling at the other end.

Together with Mankad (55 not out off 119 balls), Vasavada stitched 84 runs for the eighth wicket to give some respectability to Saurashtra's total.

However, Vasavada was the last wicket to fall when he became Kulkarni's fourth victim of the day.

Comments
Topics mentioned in this article
SAU MUM Dhawal Kulkarni Cheteshwar Pujara Cricket
Get the latest updates on IPL 2021, IPL Points Table , IPL Schedule 2021 , live score . Like us on Facebook or follow us on Twitter for more sports updates. You can also download the NDTV Cricket app for Android or iOS.