Nepal had never beaten India in cricket at any level. 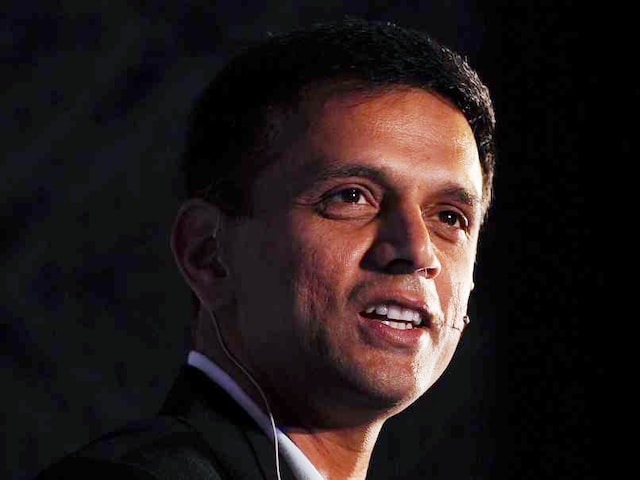 The Nepal cricket team stunned India in the ongoing Under-19 Asia Cup when they registered their first-ever victory against the defending champions by 19 runs in Malaysia on Sunday. More than the victory, Nepal were floored by Rahul Dravid's fine gesture after the match, when the Indian coach walked up to his counterpart Binod Kumar Das and congratulated him for victory. "Dravid has been very humble. He congratulated us," Nepal coach Das was quoted as saying by ESPNcricinfo.

"He said we deserved this win as much as anybody else. He also said we played better than anybody else in the tournament. We are happy he acknowledges our effort. We are thrilled to have his support with us. We are all very excited about it because we have never beaten India at any level," Das added.

Chasing Nepal's modest total of 185 for eight, the Indian batsmen surrendered meekly and were skittled for just 166. Opting to field, Himanshu Rana-led India restricted Nepal to 185 for eight in 50 overs with Aditya Thakare and Abhishek Sharma grabbing two wickets apiece.

The star of the match was Dipendra Singh Airee who scored a brilliant 88 to help Nepal post a fighting total on the board and then took four wickets to ensure his team's resounding win.

"We are all very excited about it because we have never beaten India at any level," Das said adding "Knowing India's strength it is one of the biggest wins for us."

India and Nepal are now on two points each from two matches.

Nepal were beaten by Bangladesh by two wickets in their tournament opener and will face Malaysia in their next match on Tuesday.

India, who defeated Malaysia by 202 runs in their opening match on November 1, will take on Bangladesh next.

Comments
Topics mentioned in this article
Rahul Dravid Cricket
Get the latest Cricket news, check out the India cricket schedule, Cricket live score . Like us on Facebook or follow us on Twitter for more sports updates. You can also download the NDTV Cricket app for Android or iOS.