Quinton de Kock will no longer be South Africa's Test captain once the ongoing series against Pakistan ends after the second Test. 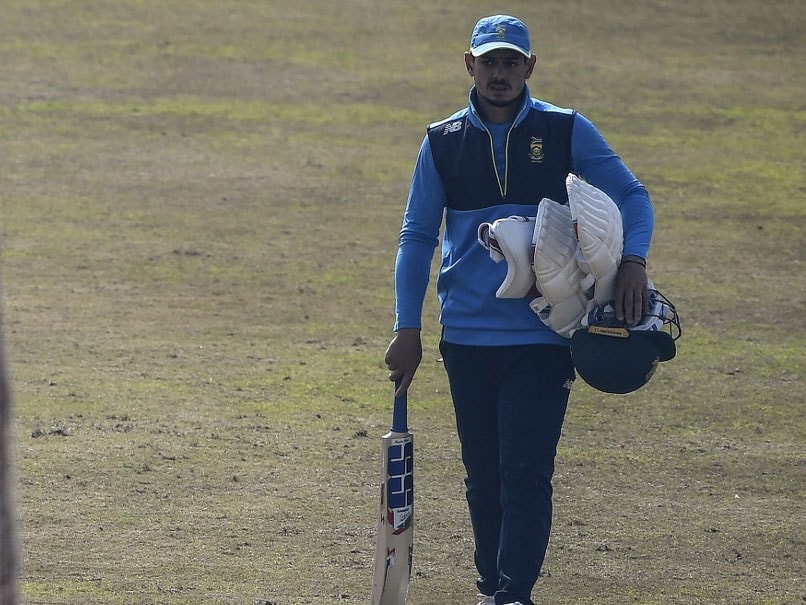 South Africa head coach Mark Boucher said Wednesday that Quinton de Kock will not remain as Test captain once the ongoing Pakistan tour concludes. The 28-year-old was appointed on a temporary basis in October last year until a permanent candidate could be found. "When we get back we've got a bit of time before our next Test series so we can sit down and make a good, solid call on who can take over from him and release him from that burden," Boucher said in a virtual press conference ahead of the second Test against Pakistan which starts in Rawalpindi on Thursday.

"We will try and get the best out of him."

South Africa can wait on the replacement of De Kock as captain as their home series against Australia next month was postponed by Cricket Australia over the coronavirus pandemic.

South Africa have found it hard to appoint a Test captain after the retirement of AB de Villiers and Hashim Amla and once Faf du Plessis stepped down from captaincy in February last year.

De Kock, who skippers in all three formats, led South Africa to 2-0 win in a home series over Sri Lanka before losing the first Test against Pakistan in Karachi last month.

"It's been tough on Quinny. If you're not scoring runs it gets highlighted, especially if you're a captain," added Boucher.

"We're not that harsh on Quinny in this environment. We know that he's a quality player and there's a good innings around the corner for him.

"He has been given the extra burden of being captain and that can be tough and something he's not used to."

Quinton de Kock Cricket
Get the latest updates on ICC T20 Worldcup 2022 and CWG 2022 check out the Schedule, Live Score and Medals Tally. Like us on Facebook or follow us on Twitter for more sports updates. You can also download the NDTV Cricket app for Android or iOS.