PSL 2021: Fans Up To 20% Stadium Capacity Allowed To Attend Matches

PSL 2021: The Pakistan Cricket Board said stadiums could be filled to 20 percent capacity for this PSL, which will be played in Karachi and Lahore from February 20 until March 22. 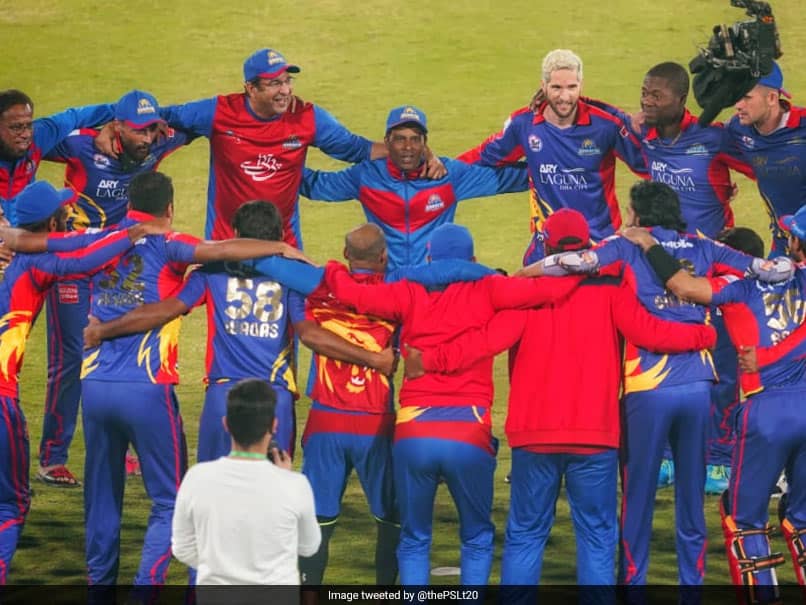 The upcoming edition of the PSL will be played in Lahore and Karachi.© Twitter

A limited number of fans will be allowed to attend Pakistan Super League (PSL) matches in coming weeks for the first time since strict coronavirus restrictions were introduced, cricket officials said Thursday. The Pakistan Cricket Board (PCB) said stadiums could be filled to 20 percent capacity for this PSL, which will be played in Karachi and Lahore from February 20 until March 22.

It means around 7,500 tickets will be available for matches in Karachi, and 5,500 for Lahore.

The board said it hoped health officials would consider allowing more fans to attend the playoffs.

"Fans are the PCB's biggest asset and we are delighted," said board chairman Ehsan Mani.

Last year four league games were held in Karachi and Lahore without spectators before the play-offs were cancelled after English batsman Alex Hales revealed symptoms of the virus.

The remainder of the season was rescheduled, with three play-offs and a final held without spectators.

The country of 220 million has recorded more than half a million coronavirus cases and over 11,000 deaths, but limited testing suggests true figures are likely much higher.

Pakistan are currently playing South Africa in a Test match in Rawalpindi behind closed doors.

Comments
Topics mentioned in this article
Cricket Pakistan Cricket Board
Get the latest updates on IPL 2021, IPL Points Table , IPL Schedule 2021 , live score . Like us on Facebook or follow us on Twitter for more sports updates. You can also download the NDTV Cricket app for Android or iOS.