Sri Lanka added just 19 runs to their overnight total as the teams were on the field for just over 80 minutes on Day 3 in Rawalpindi. 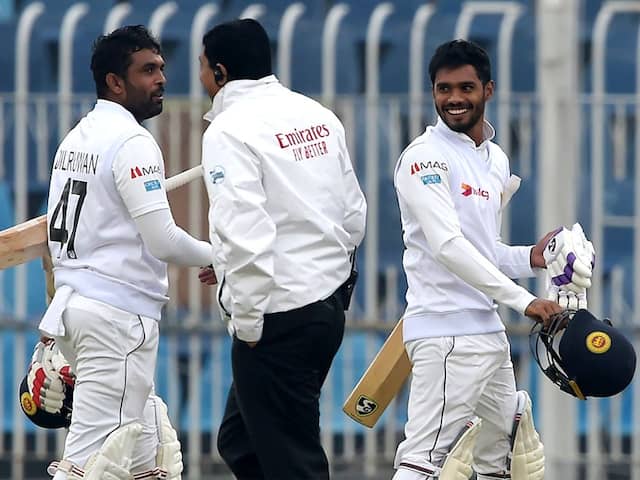 Pakistan's first home Test in a decade was affected by bad weather Friday, with rain and an already sodden pitch forcing officials to suspend play on the third day of the contest against Sri Lanka. After day three's first session was washed out by wet weather, only 27 minutes of play was possible before the players walked off with just 5.2 overs bowled. The umpires called off play at 15:35pm local time (10:35 GMT), after only 91 overs of play in three days.

Dilruwan Perera was unbeaten on six as stop-start play left the players and some 2,000 fans, mostly schoolkids, frustrated.

On Thursday, rain and poor light kept the teams off the field for all but 83 minutes.

For Pakistan, 16-year-old paceman Naseem Shah (2-83) and Shaheen Shah Afridi (2-58) were the most successful bowlers.

The conditions have put a dampener on the long-awaited return to Test cricket in Pakistan, following the 2009 terrorist attack on Sri Lanka's team bus that left eight people dead and several players and officials wounded.

But despite the poor weather, schoolchildren were thrilled when Pakistan players went to the fence to take selfies with them.

"I am over the moon as I had a selfie with (batsman) Babar Azam and my wish has come true," said Amna Ansari, a school student from Islamabad.

"It needed a big heart to come to a country where their team was attacked," Ali said.

"We must thank Sri Lanka and hope more teams will come to our country."

Gradual improvement in security allowed Pakistan to host limited over series between 2015-19 but foreign teams refused to play five-day games.

The second Test starts in Karachi from December 19.