Pakistan vs South Africa: Imran Butt was one of two Pakistan players to make their Test debuts, and he marked the occasion with a brilliant diving catch. 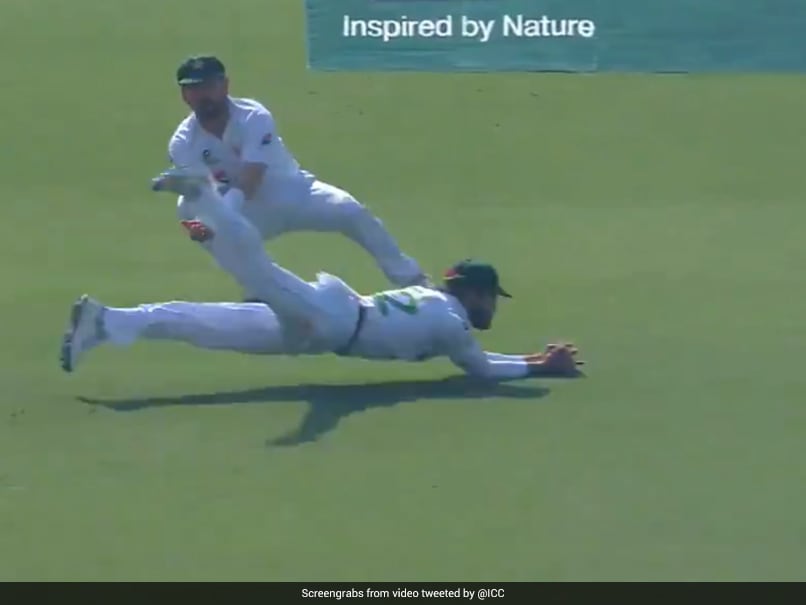 Pak vs SA: Imran Butt dove to his left to take a stunning catch at second slip.© Twitter

Pakistan batsman Imran Butt's Test debut got off to a dream start as he took a stunning catch diving to his left to send South Africa opener Aiden Markram back to the pavilion in Karachi. Pacer Shaheen Shah Afridi bowled at a good length going across the right-hander and drew the edge from Markram's bat, and Butt, standing at second slip, dove to his left to grab the ball low to send the batsman packing. "An unforgettable debut already for Imran Butt," the International Cricket Council wrote on Twitter, sharing the video.

Fellow debutant Nauman Ali also impressed, taking two wickets as Pakistan bowled the visitors out for 220 after South Africa won the toss and elected to bat.

Ali got the crucial wickets of South Africa captain Quinton de Kock and half-centurion Dean Elgar in consecutive overs as the hosts dominated Day 1 of the first Test in Karachi.

Elgar was the pick of the batsmen for South Africa, for his 58. Their next best batsman was spinner George Linde, who made 35.

While Rabada sent Abid Ali's off-stump cartwheeling after making four runs, Butt gloved a short delivery up to leg gully for a score of 9 in his first Test inning, leaving Pakistan reeling at 15/2. Pakistan finished the day at 33/4, with Keshav Maharaj trapping Babar Azam in front of the stumps and Anrich Nortje knocking over night-watchman Shaheen Afridi's stumps.