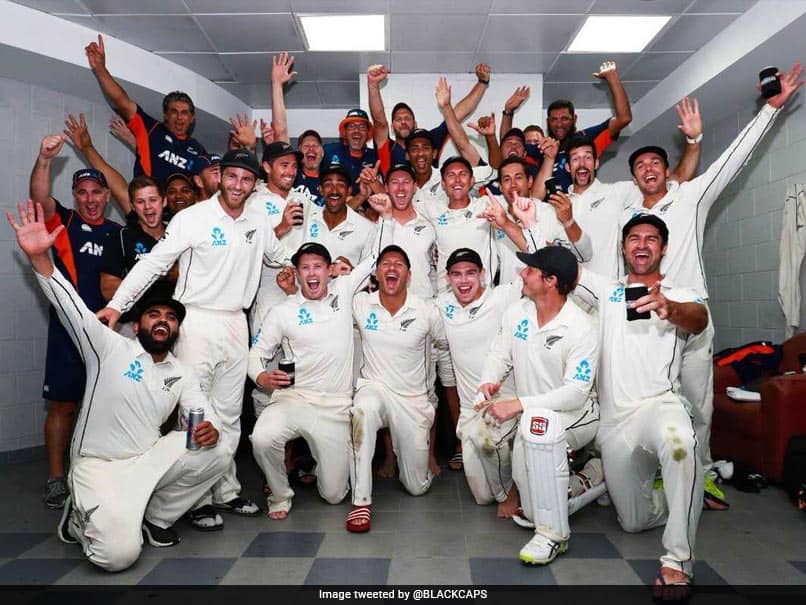 New Zealand skipper Kane Williamson praised his team's never-say-die approach and described a tension-packed narrow four-run win over Pakistan in the first match on Monday a "good advertisement for Test cricket." New Zealand defended a modest 176-run target, courtesy of 5-59 by left-arm spinner Ajaz Patel in his first Test and two wickets each by fast bowler Neil Wagner and leg-spinner Ish Sodhi which bundled Pakistan out for 171 on the fourth day. It is the fifth narrowest margin of victory in terms of runs in Test cricket history.

Williamson admitted the win was dramatic, with fortunes fluctuating throughout the day on which Pakistan needed a further 139 with all ten wickets intact.

"It certainly was dramatic," said Williamson. "Throughout the four days both teams were put under pressure. I think at the end of the day it was a great advertisement for Test cricket."

The five-day format has been under threat from the more vibrant Twenty20 and one-day internationals and the mushrooming of the leagues around the world.

Patel sparked a mini-collapse at the start when he trapped Imam-ul-Haq leg-before in the fifth over of the day for 27 before Ish Sodhi had Mohammad Hafeez (ten) and Haris Sohail (four) in the same over.

Azhar Ali, the last man out for a fighting 65, added 82 for the fourth wicket with Asad Shafiq (45) but Pakistan lost their last seven wickets for just 41 runs.

"The wicket was challenging and both teams had to fight hard, and certainly Pakistan had the upper-hand, but some of the characteristics we held very dear is the attitude to fight on.

"I think the fighting attributes of this team really shone through and certainly today, it's important to build on a number of parts to go in to the next game, for sure."

The second Test starts in Dubai from Saturday while the third and final, again in Abu Dhabi from December 3.

Williamson, who now has nine wins in his 18 Tests in charge, described the win as "one of his best."

"Yes, without a doubt. The best in recent memory. In these conditions Pakistan are a very strong side. To get through them in four days and stay in the match and come out with this result must obviously rank as one of our best wins."

"We have given away soft wickets. Nobody played a long innings. It is very disappointing to say the least," said Sarfraz.

"The way we started off yesterday we felt we will get through to the target easily.

"But then we lost three wickets and it was important for set players to play on but that did not happen and you have to praise New Zealand bowlers, especially Patel."

New Zealand lead in the three-match series 1-0. The second Test starts in Dubai on Saturday.

Kane Williamson Cricket
Get the latest updates on India vs Australia Series, check out the India vs Australia Schedule for 2020-21 and Ind vs Aus live score . Like us on Facebook or follow us on Twitter for more sports updates. You can also download the NDTV Cricket app for Android or iOS.