Azhar Ali and Asad Shafiq were involved in a bizarre run out on Day 3 of the second Test between Pakistan and Australia. 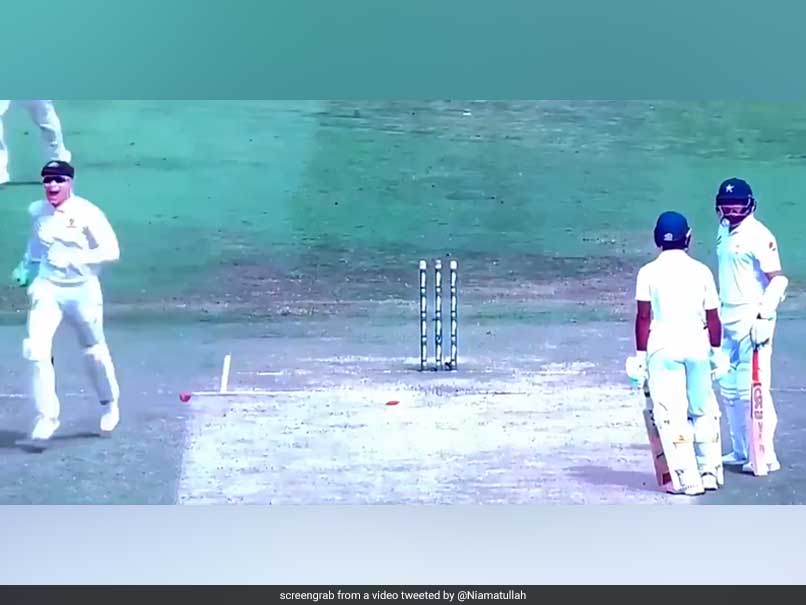 Azhar Ali was dismissed on 64 on the third day of the second Test In Abu Dhabi.© Twitter

Pakistan batsmen Azhar Ali and Asad Shafiq were involved in a bizarre run out on Day 3 of the second Test against Australia in Abu Dhabi. Cricketers and fans alike were shocked after witnessing the comical run out. Azhar, in the post match press conference, explained what happened in the middle after he edged a Peter Siddle delivery towards the third-man region. "We were just discussing that the ball was swinging a bit late. We both didn't actually realise something like this could happen. When Mitchell Starc threw the ball even then we didn't think anything was happening but when it landed in the gloves of the keeper we realised something funny was happening," Azhar explained.

"The way the shot was hit to a fast bowler and the edge flew I thought it reached the boundary. But there is no excuse. Everyone was pulling our legs in the dressing room but at that moment it was a shock,"Azhar recalled.

"We were not watching the ball and that was the reason I missed the whole sight of it. I wasn't happy with it and thankfully other batsmen did the job and we laughed about it afterwards. It is kind of disappointing and a shock but also funny," Azhar further explained.

Azhar, who has played 66 Tests for Pakistan, said he is expecting some teasing from his 10-year-old son after the shocking dismissal.

"My son is going to speak about it (the run out) for a long time and in a funny way," said Azhar of his 10-year-old son Ibtisam, who arrived at the ground after his father's dismissal.

"Whenever I will say something about cricket he will surely come back to this incident," Azhar said.

Azhar denied there was any unsporting behaviour from Australian players in his dismissal.

"I don't think it was bad sportsmanship and I take full responsibility as I feel I was a bit ignorant. It was nothing at all as no one got in my way or distracted me.

"It was my own doing. I think the Aussies did the right thing."

Sheikh Zayed Stadium, Abu Dhabi Pakistan vs Australia, 2nd Test Cricket
Get the latest updates on Fifa Worldcup 2022 and check out  Fifa World Cup Schedule, Stats and Live Cricket Score. Like us on Facebook or follow us on Twitter for more sports updates. You can also download the NDTV Cricket app for Android or iOS.