The third PSL will have a new -- sixth -- franchise in Multan Sultans. 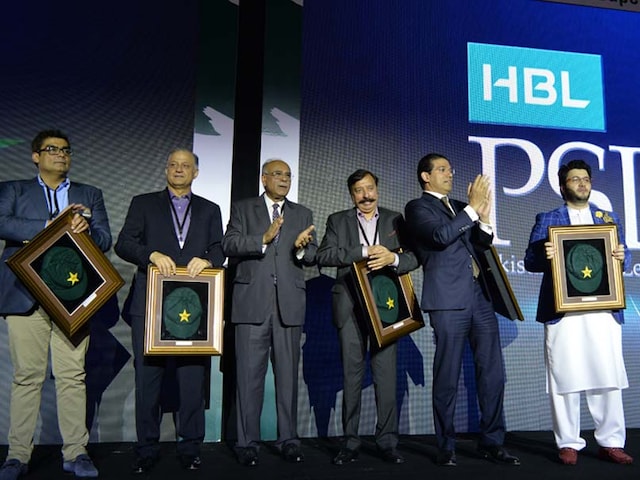 A high number of players from England, Bangladesh and Sri Lanka will feature in the players draft© AFP

The third PSL will have a new -- sixth -- franchise in Multan Sultans. Each franchise has a salary cap of USD 1.2 million for the players draft to complete a squad of 20 players. Teams have already retained nine players each for the third PSL and will go into the Players Draft to pick one platinum, one diamond, one gold, two silver and two emerging players each in order to complete their squads of 16.

Teams may also pick up to four players in the supplementary rounds. Interestingly, only one Pakistani player, Ahmed Shehzad features in the platinum category which has 21 players for the draft.

A high number of players from England, Bangladesh and Sri Lanka will feature in the players draft. The Pakistan Cricket Board has announced that it will be holding a number of matches of the third PSL in Lahore and Karachi in March next year, including the final.

Sources say that the foreign players, who sign contracts for the PSL, will have to also sign a clause confirming they will be available to play for their franchises in Pakistan. For this, they will be paid extra fees of USD 10,000 to 20,000 per match if they travel to Pakistan.

Comments
Topics mentioned in this article
Pakistan Cricket Team Dwayne Bravo Imran Tahir Cricket
Get the latest Cricket news, check out the India cricket schedule, Cricket live score . Like us on Facebook or follow us on Twitter for more sports updates. You can also download the NDTV Cricket app for Android or iOS.