Pakistan opener Sharjeel Khan said that some people were blackmailing him to give 200, 000 rupees or otherwise they would release videos that might hurt his reputation 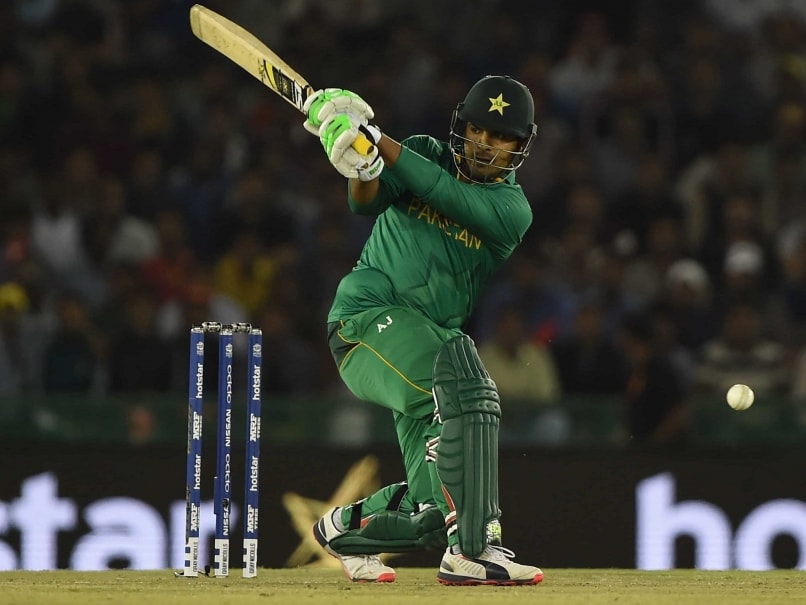 Sharjeel Khan has not yet lodges official complaint with police against threat calls of blackmailing with tampered videos.© AFP

Pakistan opener Sharjeel Khan has claimed that some unknown people were trying to blackmail him by demanding money for not releasing videos which could harm his reputation.

Police in Sharjeel's hometown Hyderabad visited his residence and spoke to his father to inquire about the matter but a senior official said the family had not filed any official complaint as yet with them.

"No official complaint has been made by them as yet with us so we can't move forward. But we are confident that if they make a complaint we can get to the bottom of the matter in a few hours," the official said.

Sharjeel, a swashbuckling left hander who played in the recent Asia Cup and World T20 events, said in a video message posted on his facebook page that he wanted to inform his fans that some people were trying to blackmail him.

"I just wanted to let you know some people have called me and threatened me they would release some videos of me if I don't pay them 200,000 rupees. I just want to tell my fans these videos are tampered and I am in no way involved in anything," Sharjeel said.

He said the unidentified persons had said they would increase the money by one lakh rupees a day until he didn't pay them.

His father, Sohail Khan told the media that he had informed the police about the matter but said since the calls came from an unknown caller they couldn't provide the number.

"It is a ploy to blackmail us and I am confident my son is not involved in anything wrong," he said..

But he brushed aside a question whether his son had brought the matter to the notice of the Pakistan Cricket Board vigilance and anti-corruption and security cell.

Sharjeel, 26, has played 11 one-day internationals and 11 T20 matches for his country and was the only century maker in the inaugural Pakistan Super League held in February in the UAE.

Pakistani players appear to be caught up in a storm of controversies in recent months and more recently chief selector, Inzamam-ul-Haq didn't include batsmen, Ahmed Shehzad and Umar Akmal in the training camp for the tour to England.

Comments
Topics mentioned in this article
Pakistan Cricket Team Sharjeel Khan Cricket
Get the latest updates on Fifa Worldcup 2022 and check out  Fifa World Cup Schedule, Stats and Live Cricket Score. Like us on Facebook or follow us on Twitter for more sports updates. You can also download the NDTV Cricket app for Android or iOS.