PAK vs ZIM: Spinner Iftikhar Ahmed grabbed a maiden five-wicket haul while Babar Azam notched a fifty as Pakistan thumped Zimbabwe by six wickets to win the 2nd ODI in Rawalpindi on Sunday. 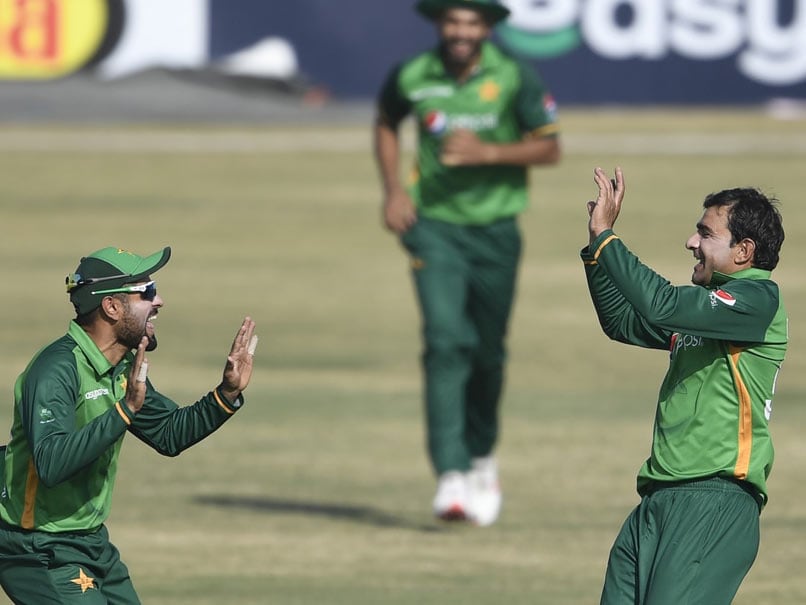 Spinner Iftikhar Ahmed grabbed a maiden five-wicket haul while Babar Azam notched a half-century as Pakistan thumped Zimbabwe by six wickets to win the second one-day international in Rawalpindi on Sunday. Ahmed spun a web around Zimbabwe's batsmen with figures of 5/40 to wreck them for a paltry 206 before Azam knocked an attractive 74-ball 77 not out to chase down the target in 35.2 overs. Zimbabwe needed early wickets, but a solid opening stand of 68 between Imam-ul-Haq (49) and Abid Ali (22) ensured Pakistan were set up nicely.

The win gives Pakistan an unassailable 2-0 lead after they won the first game by 26 runs on Friday. The final match is at the same venue on Tuesday.

Left-arm spinner Tendai Chisoro (2-49) removed both the openers while Sean Williams dismissed debutant Haider Ali (29) but Azam and Ahmed (16 not out) completed the victory during their unbroken fifth-wicket stand of 46 runs.

Azam hit seven boundaries in his 16th ODI half-century, bringing up the victory with his second six.

Skipper Azam said the win would add to his side's belief.

"It was a good show by our young team and every win brings more confidence," said Azam, leading only for the second time in an ODI. "We improved on our batting from the first match which is a good sign."

"We needed to improve on the first game but we could not," said Hondo. "We did not play our full 50 overs which was disappointing and we need a quick fix."

It was 30-year-old Ahmed who rocked Zimbabwe after the tourists won the toss and opted to bat but could never cope with the spin and were bowled out in 45.1 overs.

Left-hander Williams, who top-scored with a 70-ball 75 and Brendan Taylor (36) were repairing the innings from 59-3 during a fourth-wicket stand of 61 before Ahmed struck.

Ahmed, who had only one wicket from his previous five ODIs, had Taylor caught off a miscued sweep at the boundary to start the slide, which saw the tourists lose their last seven wickets for 86 runs.

Taylor, who made a fighting 112 in the first match on Friday, hit two sixes and three boundaries in his 45-ball knock.

Williams, who completed his 32nd 50 off 47 balls, holed out to Ahmed at long-off, to end his lone fight. He smashed 10 boundaries and a six.

The series is part of the One-Day Super League, the first qualifying round for the 2023 World Cup to be held in India.

Dar already holds the record for officiating in the most Test matches, with 132.

The two teams will also play three Twenty20 internationals on November 7, 8 and 10, also in Rawalpindi.

Babar Azam Rawalpindi Cricket Stadium, Rawalpindi Cricket
Get the latest updates on IPL 2021, check out the IPL 2021 Schedule and Indian Premier League Live Score . Like us on Facebook or follow us on Twitter for more sports updates. You can also download the NDTV Cricket app for Android or iOS.