George Worker smashed 62 from just 38 balls as New Zealand posted 198 for five, equalling the highest score in a T20 international in Zimbabwe, before the hosts limped to 118 for eight to lose by 80 runs. 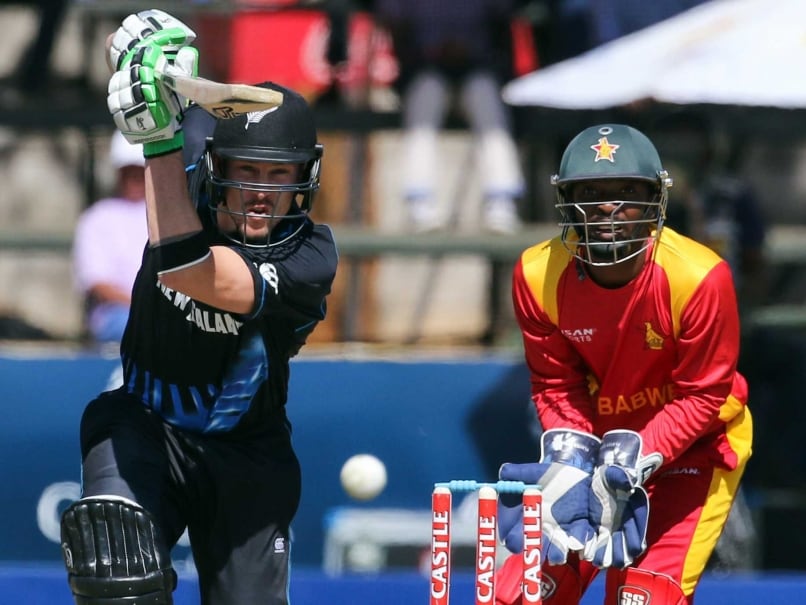 The left-handed Worker smashed 62 from just 38 balls as New Zealand posted 198 for five, equalling the highest score in a T20 international in Zimbabwe, before the hosts limped to 118 for eight to lose by 80 runs.

With their top three all posting quick runs after they lost the toss and were asked to bat, New Zealand were dominant from start to finish in an entirely one-sided match, giving them the perfect send-off as they head to South Africa for two Twenty20 internationals and three one-day internationals.

"The bowling performance was also the best of the tour, so I think we've progressed nicely with a new outfit and hopefully we can continue that in South Africa."

Worker came in at No. 3 after Williamson had ensured a brisk start, and added 49 with opener Martin Guptill in 33 balls, before putting on another 49 with Luke Ronchi for the fourth wicket at an even quicker rate.

The 25-year-old had topped the run-scoring charts in last season's Ford Trophy, but was a late addition to the New Zealand squad for the tour after Mitchell Santner was ruled out by a thumb injury.

After striking four sixes and three fours, Worker finally perished when he advanced down the track and was bowled by Sean Williams, who was the only Zimbabwe bowler to escape major punishment as he took 3 for 28 in four overs.

The New Zealand total matched Pakistan's 198 for four at the same ground in September 2011, while Worker's score was the eighth highest by a player on T20 international debut and the third highest by a New Zealander.

Zimbabwe's reply never made it off the ground, with four of their top five failing to reach double figures as they slumped to 34 for four in the opening seven overs.

Craig Ervine was the only batsman capable of taking on a threatening New Zealand bowling display, but his 42 made little impact on such a hefty target.

Fast bowlers Adam Milne and Mitchell McClenaghan were menacing even on a relatively placid pitch, with Milne recording figures of 2 for 10 from four overs in his first game for New Zealand since the World Cup quarter-final against West Indies in March.

Comments
Topics mentioned in this article
George Worker New Zealand Cricket Team Zimbabwe Cricket Team Cricket
Get the latest updates on IPL Auction 2023 and check out  IPL 2023 and Live Cricket Score. Like us on Facebook or follow us on Twitter for more sports updates. You can also download the NDTV Cricket app for Android or iOS.