On This Day 14 Years Ago, Jason Gillespie Made History With Mammoth 201

Jason Gillespie's unbeaten 201 helped Australia thrash Bangladesh by an innings and 80 runs in Chattogram in 2006. 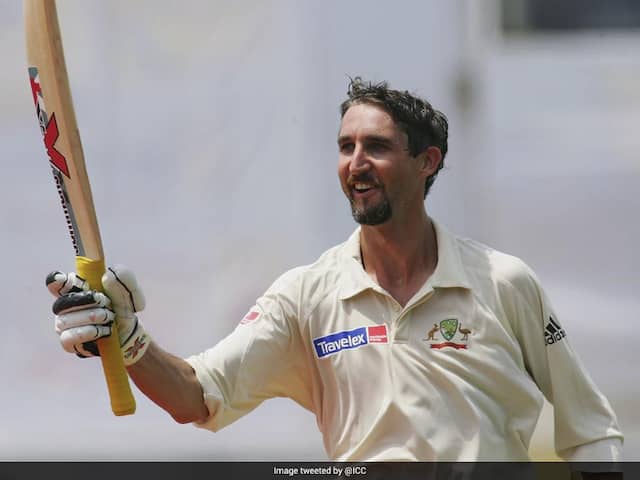 Jason Gillespie registered the highest-ever score by a night-watchman in Tests.© AFP

It was on April 19, 2006, when former Australia pacer Jason Gillespie registered the highest score by a night-watchman in international cricket. The Australian managed to play an unbeaten knock of 201 against Bangladesh in Chattogram. He achieved the feat on the fourth day of the second Test. Australia had bundled out Bangladesh for 197 in the first innings. Coming out to bat, the Aussies lost the wicket of Matthew Hayden just before the close of play and as a result, Gillespie strode out to the middle in place of Ricky Ponting.

Gillespie frustrated the Bangladesh bowlers as he showed great skill and determination.

The pacer batted for a total of 425 deliveries for registering the knock of 201. He smashed 26 fours and two sixes as well.

Along with Gillespie, Michael Hussey also played a knock of 182 runs to take Australia's total to 581/4.

Australia gained a lead of 384 runs and then decided to declare the innings. The side then went on to bundle out hosts Bangladesh for 304 in the second innings, winning the match by an innings and 80 runs.

In the match, Gillespie also managed to take three wickets.

All these wickets for Gillespie came in the first innings of the match.

He finished his career with 259 wickets in the longest format of the game, while he scalped 142 wickets in ODI cricket.

Bangladesh Cricket Team Jason Gillespie Cricket
Get the latest Cricket news, check out the India cricket schedule, Cricket live score . Like us on Facebook or follow us on Twitter for more sports updates. You can also download the NDTV Cricket app for Android or iOS.