Anshuman Gaekwad, part of the Cricket Advisory Committee, which will choose the next head coach, said Virat Kohli's comments don't bother the committee. 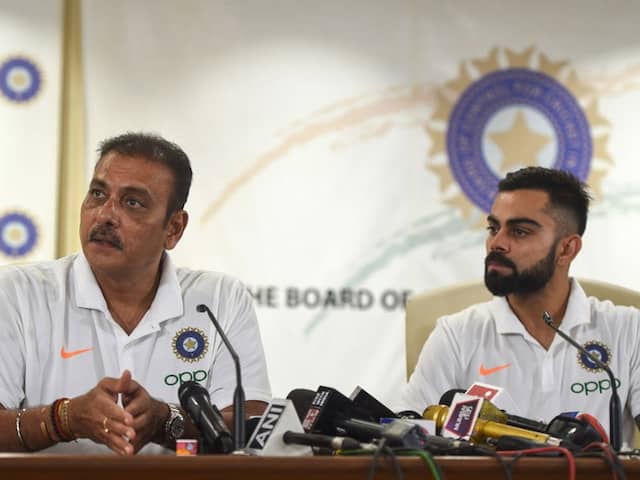 The current coaching staff were handed an extension till the tour of the West Indies.© PTI

India's next head coach will be picked by the new Cricket Advisory Committee (CAC) comprising of former India captain Kapil Dev and cricketers Anshuman Gaekwad and Shanta Rangaswamy. The deadline to apply for the various posts ended on Tuesday and the trio will now interview those who have applied for the post. While the CAC picks India's next head coach, India are scheduled to go on a full-fledged tour to the West Indies, where they will play three T20Is, three One-day Internationals and two Tests. Ahead of the tour, India captain Virat Kohli had expressed his opinion for the next head coach in a press conference where he said that the team want Ravi Shastri to continue at the helm. However, former India player and a CAC member, Anhsuman Gaekwad has said that they are not bothered with Virat Kohli's opinion.

"The captain can say anything. It doesn't bother us. We are a committee. That's his opinion and the BCCI takes a note of it, not us," Gaekwad was quoted as saying by IANS.

The current coaching staff were handed an extension till the tour of the West Indies as their contract expired after the World Cup.

"We have to go with an open mind. There are interviews to be conducted. Lot of people from India and abroad have applied. We have to go there and assess things," Gaekwad added.

In his pre-departure press conference, India skipper Kohli had said the team would be very happy if Shastri continues as the head coach.

"The CAC hasn't contacted me yet. If they want my opinion, I'll go and speak to them. With Ravi bhai, we share a great camaraderie, and will definitely be very happy if he continues. But I haven't been contacted so far," Kohli had said in Mumbai.

Asked if the committee would keep Kohli in the loop before picking the next coach, Gaekwad said it was not mandatory.

"It all depends on BCCI. BCCI has to give us guideline and then we will go accordingly. He has already said yesterday (what he wants). When we chose the women's coach, we did not contact anybody. We did it on our own," Gaekwad further said.

The CAC is looking for an efficient planner with sound man-management skills, Gaekwad stressed when asked about the qualities they will be looking at before selecting the coach.

"I am waiting for some communication from the BCCI. How to go about it? Some guidelines, when to do it," he concluded.

Virat Kohli Anshuman Dattajirao Gaekwad Kapil Dev BCCI Cricket
Get the latest Cricket news, check out the India cricket schedule, Cricket live score . Like us on Facebook or follow us on Twitter for more sports updates. You can also download the NDTV Cricket app for Android or iOS.