New Zealand vs Pakistan: Neil Wagner fractured two toes in his right foot during the first Test against Pakistan and he is expected to be out of action for at least five weeks. 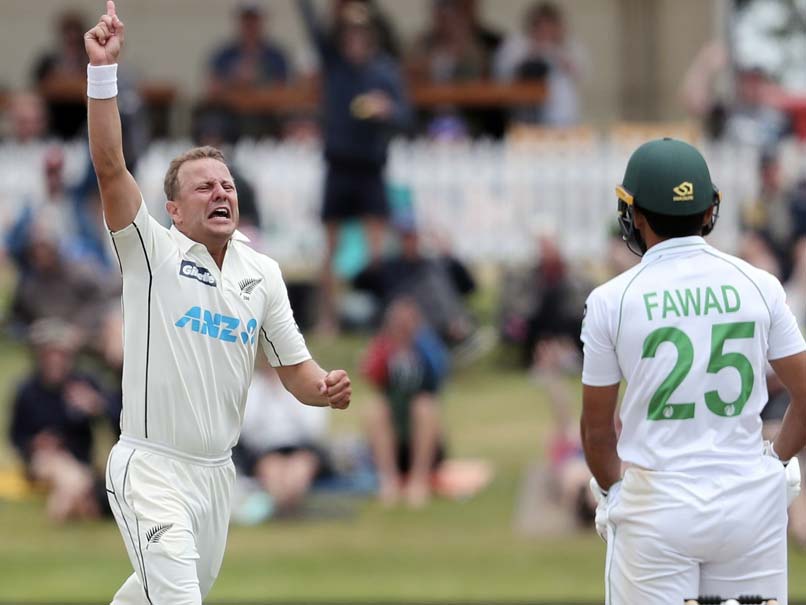 New Zealand's first-Test hero Neil Wagner will miss the second Test against Pakistan and is expected to be out for more than five weeks as he recovers from breaking two toes during this week's dramatic victory, his coach said Thursday. The world's third-ranked Test bowler suffered the injury while batting and needed pain-killing injections as he bowled 21 overs in Pakistan's first innings and 28 in the second to play a key role in New Zealand's win.

Wagner's four wickets included the crucial scalp of Fawad Alam for 102 during a marathon 11-over spell late on the fifth day, when it looked as if Pakistan could hold on for a draw. Their last wicket fell with less than five overs remaining on Wednesday.

"The injections he was getting were wearing off each time so he was getting less and less (pain-free) time and we can't have him going through that again for this Test match," coach Gary Stead said as the team arrived in Christchurch ahead of Sunday's second Test.

"Everyone knows Neil plays with his heart on his sleeve and he just showed how tough he really is and how valuable he's been to New Zealand for a long, long time and we'll miss him enormously.

"We want to be sensible about it. He probably needs five or six weeks of healing now to be right for the end of the season."

Stead did not name a replacement but said he was considering "like-for-like", indicating another fast bowler ahead of all-rounder Daryl Mitchell, the 12th man in the first Test who fielded when Wagner was getting injections.

The Hagley Oval wicket in Christchurch is one of the fastest in New Zealand and traditionally offers pace and bounce.

New Zealand need to win the Pakistan series 2-0 to keep alive their chance of making the World Test Championship final at Lord's next June.

Pakistan Cricket Team Neil Wagner Cricket
Get the latest updates on IPL Auction 2023 and check out  IPL 2023 and Live Cricket Score. Like us on Facebook or follow us on Twitter for more sports updates. You can also download the NDTV Cricket app for Android or iOS.