New Zealand remain 1-0 up in the series with the third and final match at Mount Maunganui on Wednesday. 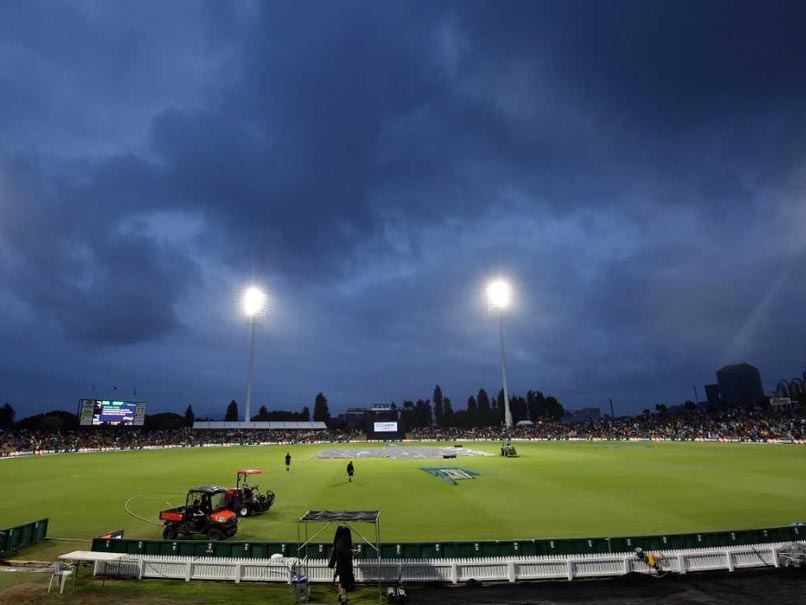 The second T20I was abandoned due to rain at the Bay Oval in Mount Maunganui.© AFP

The second Twenty20 between New Zealand and the West Indies ended as a no-result washout at Mount Maunganui on Monday. After a 20-minute rain delay at the start, only nine overs were possible before the rain returned and the umpires took the players from the field with New Zealand 102 for four. Colin Munro blasted a whirlwind 66 off 23 deliveries after the West Indies won the toss and put New Zealand into bat. Munro equalled his own New Zealand record when he reached his half-century off 18 deliveries.

New Zealandremain1-0 up in the series with the third and final match at Mount Maunganui on Wednesday.

Comments
Topics mentioned in this article
New Zealand Cricket Team West Indies Cricket Team Cricket
Get the latest updates on ICC T20 Worldcup 2022 and CWG 2022 check out the Schedule, Live Score and Medals Tally. Like us on Facebook or follow us on Twitter for more sports updates. You can also download the NDTV Cricket app for Android or iOS.