Shane Bond said New Zealand have made the right call to rest pace spearhead Trent Boult for the upcoming T20I series against the West Indies. 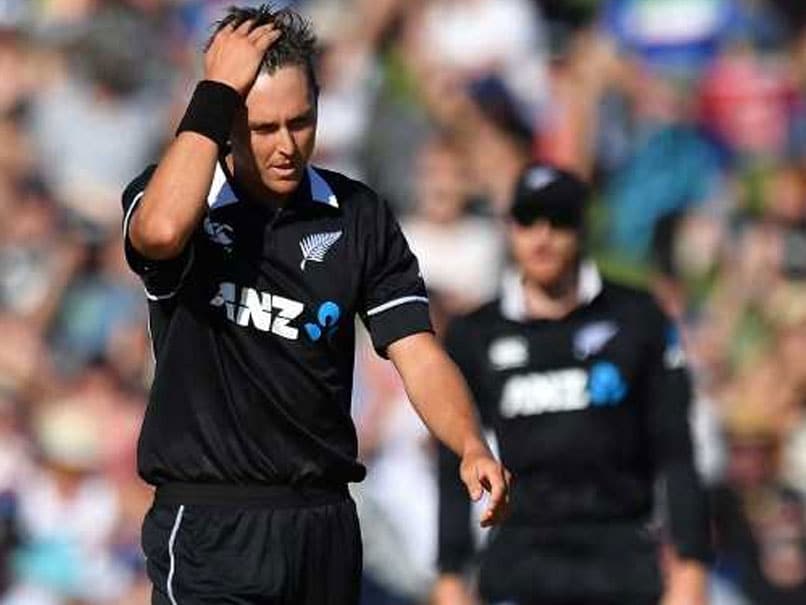 Trent Boult was rested from the upcoming T20I series against West Indies.© AFP

Former New Zealand pacer Shane Bond feels that Kiwis have made the right call to rest pace spearhead Trent Boult for the upcoming T20I series against the West Indies. The New Zealand pacer along with skipper Kane Williamson were rested for the shortest format of the game and have been named in the Test squad for the West Indies series slated to begin from December 3. "I think it's important (Boult gets a break). He's got a couple of young kids. To fly out from here and go straight into games and not have a chance to catch up with his family would have been a massive mistake," ESPNcricinfo quoted Bond as saying in a media interaction hosted by NZC.

"I think for his own sanity, he just would need to get home and spend a little bit of time with his family before he has another busy summer, so it's a good decision," he added.

Boult played a key role in Mumbai Indians' fifth Indian Premier League (IPL) title triumph earlier this month and Bond, who earlier thought that the pacer has not fully realised his potential as a T20 bowler, is thrilled with the left-arm quick's growth.

"Getting the chance to work with Boulty again was exciting. I was always a believer that there was room for improvement in his T20 game, and coming into our team, we could eke that out of him, and he was massive for us," Bond, who is the bowling coach of Mumbai Indians, said.

New Zealand take on the West Indies in the first T20I on November 27. The second and third T20Is will be played on November 29 and 30 respectively.

Trent Boult Shane Bond Cricket
Get the latest updates on Fifa Worldcup 2022 and check out  Fifa World Cup Schedule, Stats and Live Cricket Score. Like us on Facebook or follow us on Twitter for more sports updates. You can also download the NDTV Cricket app for Android or iOS.