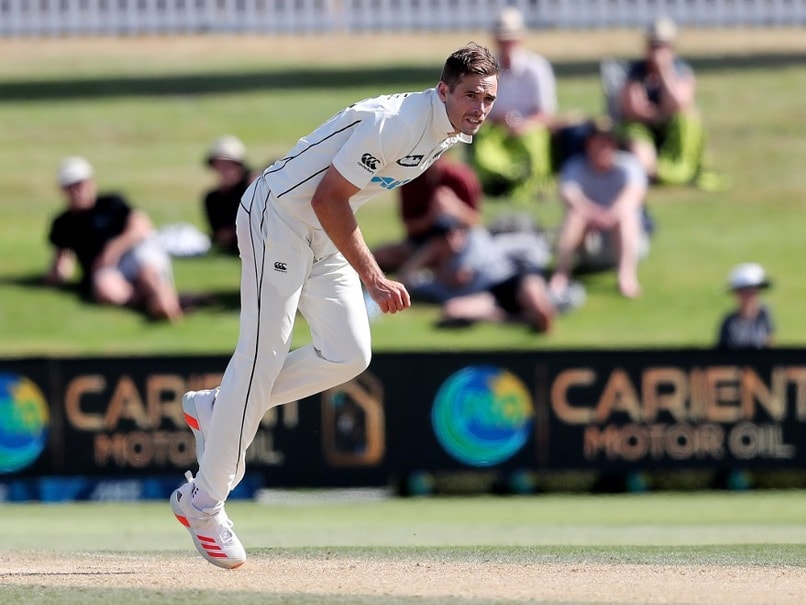 Tim Southee became the third New Zealand bowler to pick 300 Test wickets as the Kiwis put themselves firmly on track to register a win against Pakistan in the first Test. Southee picked two while Trent Boult bagged a wicket with the new ball to leave Pakistan three down at stumps on Tuesday. The visitors now need to bat three sessions to eke out an improbable win in the first Test. Resuming the second innings, the New Zealand openers got off to a brilliant start. Tom Latham and Tom Blundell hit timely boundaries in order to add some quick runs.

The duo stitched a 111-run stand for the first wicket before Mohammad Abbas dismissed Blundell in the 33rd over. Having got the breakthrough, Pakistan didn't allow any big partnership to flourish as they took wickets at regular intervals.

If Shaheen Afridi stole the show in the first innings, it was Naseem Shah who hogged the limelight, sending the majority of New Zealand batsmen to the pavilion.

But it was also because of the Kiwis' aggressive approach to have some quick runs before the declaration. New Zealand declared their innings 20 minutes before tea as Pakistan required 373 to win.

But Boult struck from his second ball and then Southee dismissed Shan Masood in the next over to leave Pakistan reeling at 0/2. Haris Sohail stitched a brief partnership with Azhar but Southee made the former his 300th wicket in the longest format of the game.

Ali and Fawad Alam then weathered the storm and will resume Pakistan's innings from 71/3 on Wednesday.

Tim Southee Cricket
Get the latest updates on IPL Auction 2023 and check out  IPL 2023 and Live Cricket Score. Like us on Facebook or follow us on Twitter for more sports updates. You can also download the NDTV Cricket app for Android or iOS.